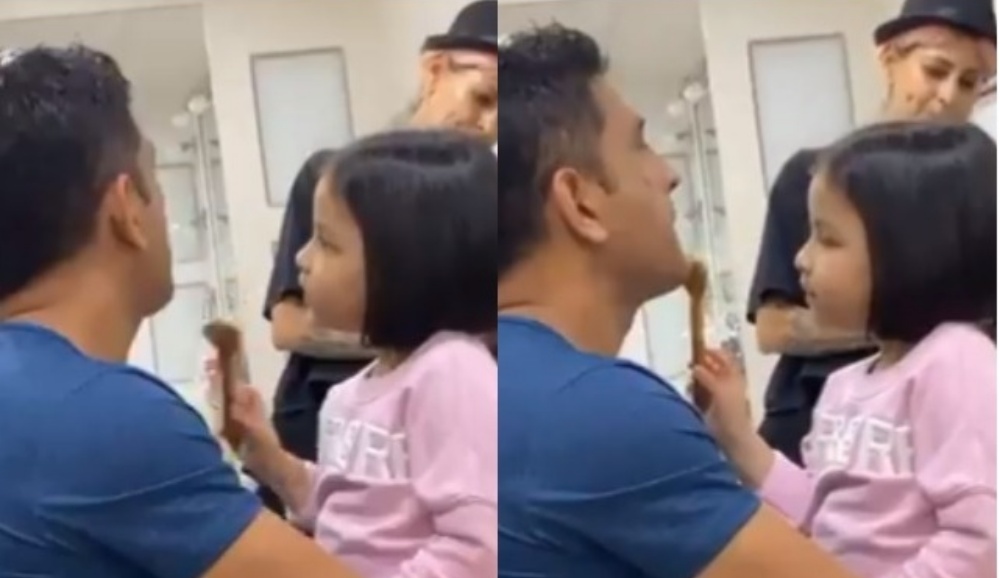 MS Dhoni and Ziva have always set the Internet on the storm with their adorable videos. Ziva’s cute antics have always awed us with adulation. The little one is already a star and is loved by all the netizens. Now there’s another video that has cropped up online where Ziva was seen applying make-up on the face of her father. MS Dhoni was shooting for an ad shoot while being seated on his lap and meanwhile, Sapna Bhavnani was seen in the background working with the former Indian captain. Happy Birthday, Ziva Dhoni! Check Out Cute Pictures and Videos of MS Dhoni And Sakshi's Daughter To Celebrate the Day.

The video was shared by the official account of the MS Dhoni’s fan page. The former Indian cricketer had not played a single international game since the World Cup 2019. He was last seen playing against New Zealand where his half-century was not enough for the Indians to win the game. MS Dhoni has started prepping up for the upcoming edition of the IPL 2020. Now, let’s have a look at the video below: