New Zealand Cricket (NZC) on Tuesday announced a ground-breaking agreement, which will see the country's professional women's and men's cricketers receive the same pay for the same work on the same day. 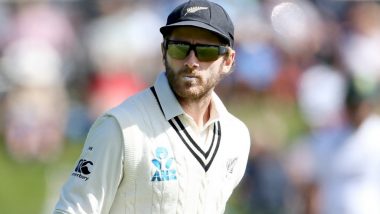 Auckland, July 5: New Zealand Cricket (NZC) on Tuesday announced a ground-breaking agreement, which will see the country's professional women's and men's cricketers receive the same pay for the same work on the same day. The five-year landmark agreement struck between NZC, the six Major Associations, and the New Zealand Cricket Players Association (NZCPA), will see the White Ferns and domestic women's players receiving the same match fees as the men across all their formats and competitions. This is a first deal in which the men's and women's professional environments have been combined in one agreement, said NZC in a statement. Joe Root, Jonny Bairstow, Daryl Mitchell Shortlisted for ICC Men’s Player of the Month for June.

NZC, the NZCPA and the six Major Associations worked towards a pay equity framework with the advice of Australian gender pay expert Yolanda Beattie, whose expertise was sought by NZCPA. The improved pay and conditions are part of an agreement calculated on the country's men's and women's professional players receiving 29.75 per cent of all NZC forecast revenue over five years (NZD 349m), expected to amount to NZD 104m. "Translated, this means the highest-ranked White Fern would be able to receive a maximum of NZD 163,246 a year (up from NZD 83,432), the ninth-ranked, NZD 148,946 (NZD 66,266), and the 17th-ranked NZD 142,346 (NZD 62,833)," said NZC.

"The top-ranked women's domestic players in each Major Association would be able to receive a maximum of NZD 19,146 (up from NZD 3,423), the sixth-ranked NZD 18,646 (NZD 3,423), and the 12th-ranked NZD 18,146 (NZD 3,423)." The agreement sees the total number of women's domestic contracts increase from 54 to 72, all positioned as a secondary work commitment with restricted obligations, to enable players to retain full-time employment and/or study commitments. In addition, the number of domestic women's annual contracts will be increased from nine to 12 per team, and an annual women's North v South series for emerging international players will be introduced, complementing the existing development programmes. IND vs Eng 5th Test: ECB, Warwickshire to Investigate Reports of Racist Abuse in Crowd at Edgbaston.

The total remuneration for men's and women's professional players includes retainers, match fees, Trust IP payments, retirement fund contributions and insurance. They will retain their ability to play in overseas leagues, including the IPL. Another significant enhancement of the new Master Agreement will be a bigger funding envelope for the NZCPA's support services, allowing it to increase investment in, amongst other areas, its 'Personal Development Programme', particularly in terms of ensuring women's domestic players are offered the same level of support as the domestic men, Black Caps, and White Ferns.

The agreement, to commence on August 1, also seeks to ensure professional women's players receive equity in matters such as travel and accommodation, and the wider playing and training environment. It retains the pregnancy and childcare provisions contained in the existing agreements. White Ferns captain Sophie Devine said the agreement was a game-changer for women's cricket. "It's great for the international and domestic women players to be recognised in the same agreement, alongside the men. It's a massive step forward and will be a huge drawcard for young women and girls." New Zealand men's team skipper Kane Williamson said it was an exciting time for the sport. "It's really important for the current players to build on the legacy of those who have gone before us, and to support tomorrow's players, both men and women, at all levels. This agreement goes a long way towards achieving that."

(The above story first appeared on LatestLY on Jul 05, 2022 11:56 AM IST. For more news and updates on politics, world, sports, entertainment and lifestyle, log on to our website latestly.com).