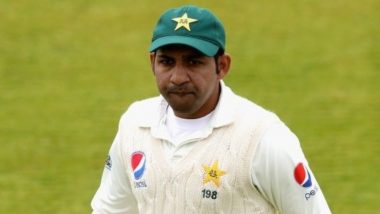 After the Test series, the two teams will be locked in an ODI series and the tour eventually ends with the three-match T20I series in February next year. Apart from the Centurion, Cape Town and Johannesburg will host the Test matches. ICC Test Rankings: New Zealand Leapfrog, Pakistan Slip to Seventh Position.

Pakistan comes into the series having lost to New Zealand 2-1 in the United Arab Emirates (UAE). The hosts apparently start as favourites given Pakistan’s recent struggle in the game’s longest format. Pakistan are ranked seventh in the ICC Test Team Rankings while South Africa are at number three.

Here’s the Complete Schedule of PAK vs SA Test, ODI, and T20I series:

Meanwhile, Pakistan have added fast-bowler Mohammad Amir for the South Africa Tests after he was dropped against Australia and New Zealand in the UAE. Also returning is Mohammad Abbas, who missed the third and final Test against New Zealand. Mohammad Hafeez, who recently retired from the Tests, is replaced by opener Shan Masood. Fakhar Zaman also makes his return to Pakistan Test squad. Sarfraz Ahmed will continue to lead the team.

(The above story first appeared on LatestLY on Dec 26, 2018 12:10 PM IST. For more news and updates on politics, world, sports, entertainment and lifestyle, log on to our website latestly.com).