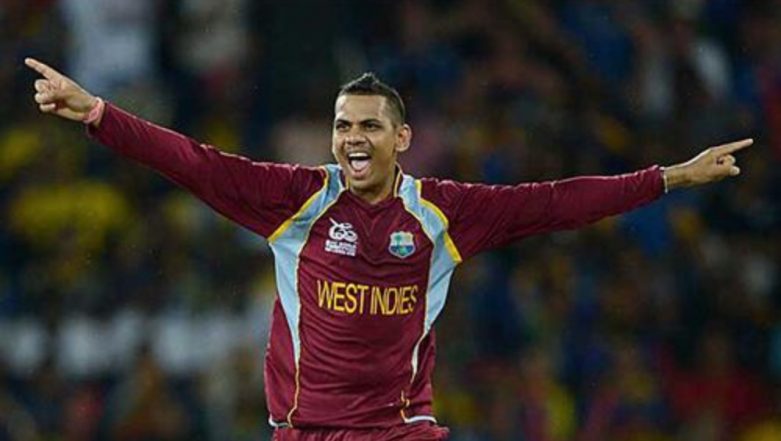 West Indies import in Quetta Gladiators camp Sunil Narine has been ruled out of the first few games of the Pakistan Super League 2019 (PSL 2019). Narine suffered a finger injury during the Bangladesh Premier League 2019 (BPL 2019) and now has been subsequently ruled out of first few matches. PSL 2019: Here’s a Look at Some Records and Stats Ahead of Pakistan Super League Season 4.

Narine was previously with the Lahore Qalandars team and ahead of the PSL 2019, he was traded into the Quetta Gladiators side. Apart from Narine, Gladiators have services of Fawad Ahmed, Mohammad Nawaz, and Mohammad Asghar in their spin department.

However, Narine has been quite handy with the bat as well in T20 cricket and often doubles up as an opener. Meanwhile, leg-spinner Max Waller has been named as his cover. Gladiators coach Moin Khan is hoping that Narine will recover soon. “Obviously, you cannot get like for like replacement of a big player like Narine but we have drafted in Waller and we are confident that he will add value to our team,” Khan was quoted as saying by Cricbuzz. PSL 2019 Schedule: Full Timetable With Fixtures, Team, Venue, Match Timings in IST and PKT of Pakistan Super League 4.

“It’s a blow just before the start of PSL but we will try to cope with it. We have got the depth in our squad as there are plenty other match-winners. We wish Narine a quick recovery and hope to welcome him very soon during HBL PSL,” he added.

The PSL 2019 begins on February 14 with defending champions Islamabad United taking on Lahore Qalandars. Quetta Gladiators will open their PSL 2019 campaign on February 15 against Peshawar Zalmi.