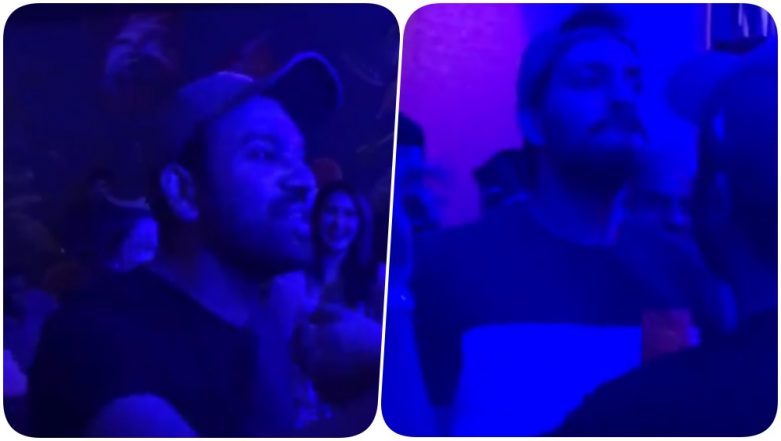 Team Mumbai Indians are on cloud nine after beating the Chennai Super Kings by a run in the finals of the IPL 2019 and clinching the Indian Premier League trophy for the fourth time. After winning the tournament, the Mumbai Indians commenced their celebrations on the ground itself. After reaching the hotel, MI captain Rohit Sharma was seen shaking his leg with Yuvraj Singh in the after party. Needless to say that the team was having a gala time as they let their hair down after winning the summit clash. Team Mumbai Indians To Celebrate their Fourth IPL Victory with Fans in an Open Bus.

Team Mumbai Indians went on to beat the Chennai Super Kings by a run as MS Dhoni and men chased the total of 150 runs. No other batsmen apart from Kieron Pollard touch the score of 40 runs. The Mumbai Indians all-rounder remained not out and helped the team reach a total of 149 runs despite the fact that the team lost early wickets. Team Chennai Super Kings’ Shane Watson was blazing guns as he scored 80 runs from 59 balls but that didn’t prove to be enough for helping the team reach the target and the Mumbai Indians had the last laugh.

The video of Yuvi and Rohit Sharma dancing during the after party was shared on the official page of the Mumbai Indians.

As we told you a while ago, team Mumbai Indians will celebrate their victory with the fans of Mumbai and will travel in an open bus from Antilia to Trident today at 6.00 pm. Arrangements are in full swing for the same.