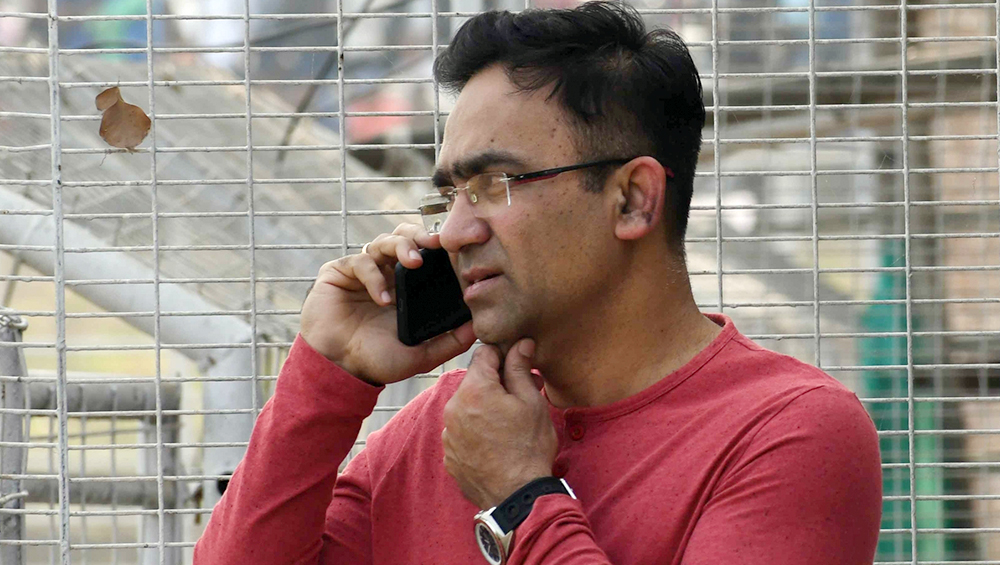 Mumbai, January 7: A 24-year-old woman pedestrian was knocked down by a car driven by former cricketer Saba Karim's son near Kemp's Corner junction in south Mumbai, here on Tuesday morning, police sources said. The incident occurred when Saba Karim and his son Fidel, in his mid-20s, were proceeding from Kemp's Corner towards south Mumbai, around 6.30 a.m.

Suddenly, as Fidel Karim drove in the third lane trying to overtake another vehicle, a female pedestrian who was crossing the road suddenly came in front of his vehicle. Saba Karim Under Scanner as BCCI President Sourav Ganguly May Go for Duleep Trophy Under Lights.

Before he could apply the brakes, she was knocked down by his car and was badly injured, said the sources. Identified later as Siddhi M., she was rushed to the Jaslok Hospital nearby in an unconscious state and is undergoing treatment.

The mishap occurred amid thin traffic and the extent of the injuries she suffered is not immediately known. Police are waiting for her to regain consciousness and record her statement before initiating further proceedings against Fidel Karim, who has been detained, according to the sources.