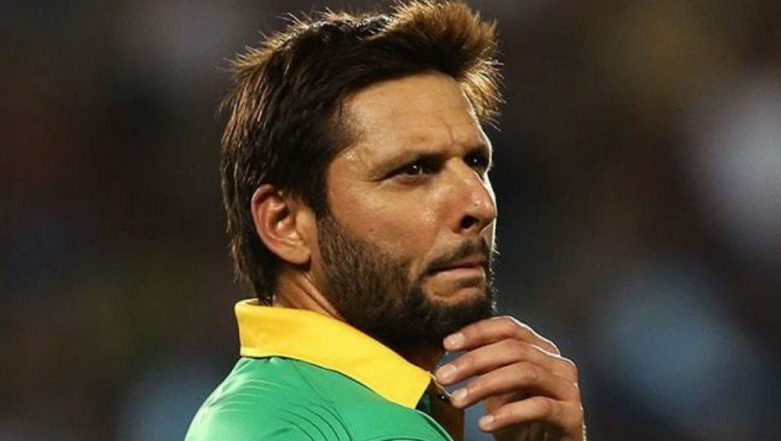 New Delhi, May 5: The verbal duel between Shahid Afridi and Gautam Gambhir doesn't seem to end anytime soon. Afridi started the tiff by writing in his autobiography titled "Game Changer" that Gambhir is "someone who has no personality and the one who has a lot of attitude problem".

"In Karachi we call guys like him 'saryal' (burnt up). Its simple, I like happy, positive people. Doesn't matter if they are aggressive or competitive, but you have to be positive and Gambhir wasn't," he adds in his book.

Now, the former Pakistan all-rounder has hit back at Gambhir, saying the cricketer-turned Indian politician has some problems for which he can be treated in Pakistan.

"I think Gautam Gambhir may have some problems. I am working with hospitals and I can get him very good treatment here," Afridi said at the launch of his autobiography in Karachi.

"The Indian Government doesn't normally give visas to our people, but I will welcome everyone from India to Pakistan. Our people and our government have always welcomed Indians and as for Gautam, I will get a visa arranged so that his treatment can be done here," Afridi added.

Afridi, with his controversial autobiography, has already made headlines. Be it his views on Kashmir or "age" revelation, the former Pakistan all-rounder has created quite a stir.