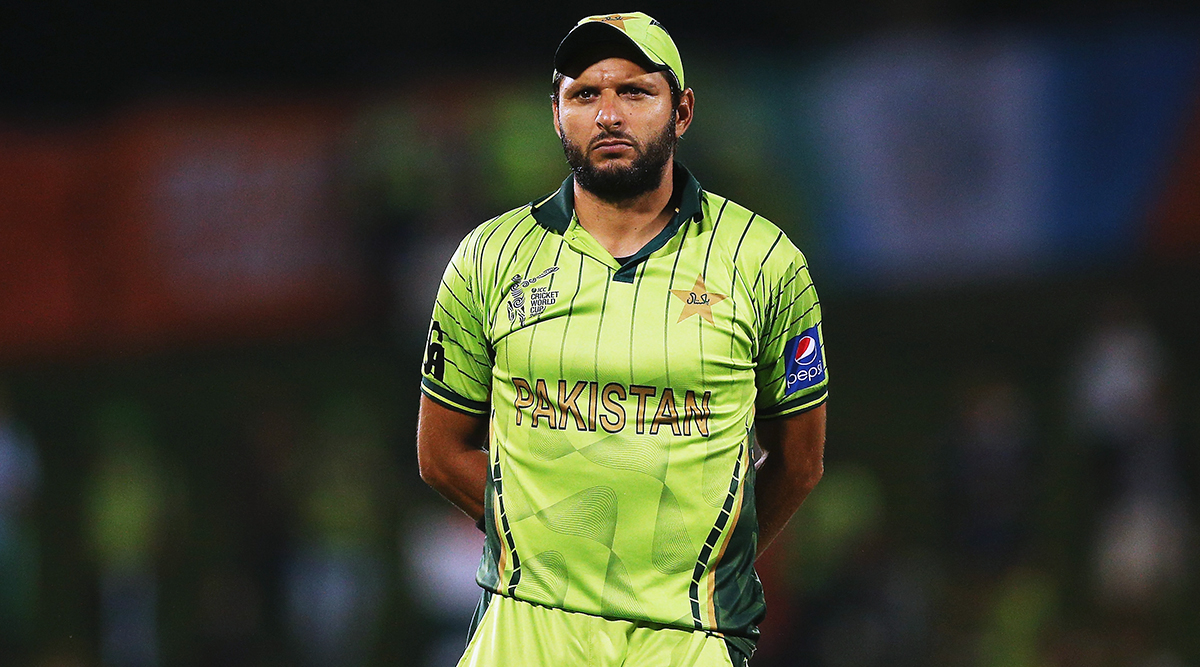 Shahid Afridi began his Bangladesh Premier League (BPL) 2019-20 campaign in the worst possible manner. The former Pakistan captain was dismissed for a golden duck in his first game as Dhaka Platoon suffered a heavy 9-wicket defeat against Rajshahi Royals in their first match of BPL 7. Afridi, who called time on his international career in 2018, was dismissed in the very first delivery he faced to leave his side tottering at 6/83 after being asked to bat first. Afridi, who despite his retirement, has been in the headlines through his comments on certain matters, wasn’t spared for his woeful outing and Twitter lashed onto him blasting the all-rounder for his first-ball duck. Andre Russell Prefers Bangladesh Premier League Over Big Bash League.

Afridi came to the crease at the dismissal of Anamul Haque with the Dhaka Platoon reeling at 5/80 in 12.1 overs. But the 44-year-old was dismissed in his very first delivery offering a catch to wicketkeeper Liton Das off the bowling of Ravi Bopara. Bangladesh Premier League 2019–20 Points Table: Cumilla Warriors on Top of BPL T20 Season 7 Team Standings.

Out for a Golden Duck

23 Times Out For Golden Duck

Shahid AFridi Got Out On "Golden DucK" 23 Times In his International Career !

Afridi’s dismissal left the Dhaka Platoon reeling at 6/83 and they could eventually post 134/9 in 20 overs due to contribution of Wahab Riaz (19) and Mashrafe Mortaza (18). Anamul Haque top-scored for the Dhaka Platoon with 38 runs from 33 deliveries, which comprised of 2 maximums and 1 boundary. Jaker Ali with 21 runs was the next highest run-scorer for the Platoon.

A Legacy of Ducks

This is the legacy #ShahidAfridi has built on his 15+ years of career.

The pavilion is Where He Returns

Interviewer :- What is your favorite place?

Meanwhile, #ShahidAfridi following his own tradition - Yet another GOLDEN DUCK 🦆 #Record: #Afridi jumps to 5th position in the world by most number of DUCKS in #T20|s. This is his 23rd DUCK. 👏#BPL - #DhakaPlatoon v #RajshahiRoyals pic.twitter.com/o53WKfVBOf

He wasn’t just poor with bat, Afridi also performed disastrously with the ball conceding 25 runs in 3 overs as Rajshahi Royals chased down the target with 9 wickets and 10 deliveries to spare. 20 of those 25 runs from Afridi’s 3 overs, came in boundaries with the legendary Pakistani all-rounder conceding 2 fours and 2 sixes each and going at a run-rate of 8.33. Hazratullah Zazai hit a half-century, while Liton Das (39) and Shoaib Malik (36) made vital contributions to help Rajshahi Royals seal the victory.