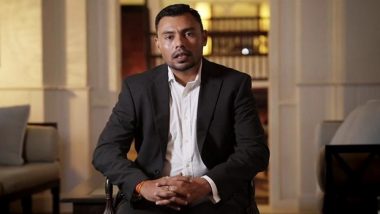 "Afridi should not use offensive words for India's Prime Minister. Even Pakistan's PM Imran Khan has never talked about India in such insolence and he will not do that in future too. Afridi needs to learn from him and should know there is always a limit when you talk," Kaneria told India TV. Shahid Afridi Speaks Out on Kashmir Again, Says ‘It Does Not Take a Religious Belief to Feel the Agony of Kashmiris’.

"Afridi should think before he talks on any matter. If he wants to join politics then he should leave cricket. You can't stay in cricket and talk about political affairs. His comments create a negative image of Pakistan Cricket in front of India and the whole world," he said.

Afridi's comments came as a huge shock for Harbhajan and Yuvraj because the duo had gone out of their way to support Afridi's foundation to help the poor and needy in the fight against the coronavirus pandemic.

"It is not fair, you are asking for a favour from them in the first case and then spitting poison against their Prime Minister. What kind of friendship are you pursuing?" Kaneria questioned.

This is not the first time that Afridi has made anti-India comments. Last year, he had visited the Line of Control (LoC) to "express solidarity with our Kashmiri brethren" following the Indian government's decision to abrogate Article 370 of the Indian Constitution. He had even called for intervention by the UN and the US regarding the same.

(The above story first appeared on LatestLY on May 26, 2020 09:31 PM IST. For more news and updates on politics, world, sports, entertainment and lifestyle, log on to our website latestly.com).