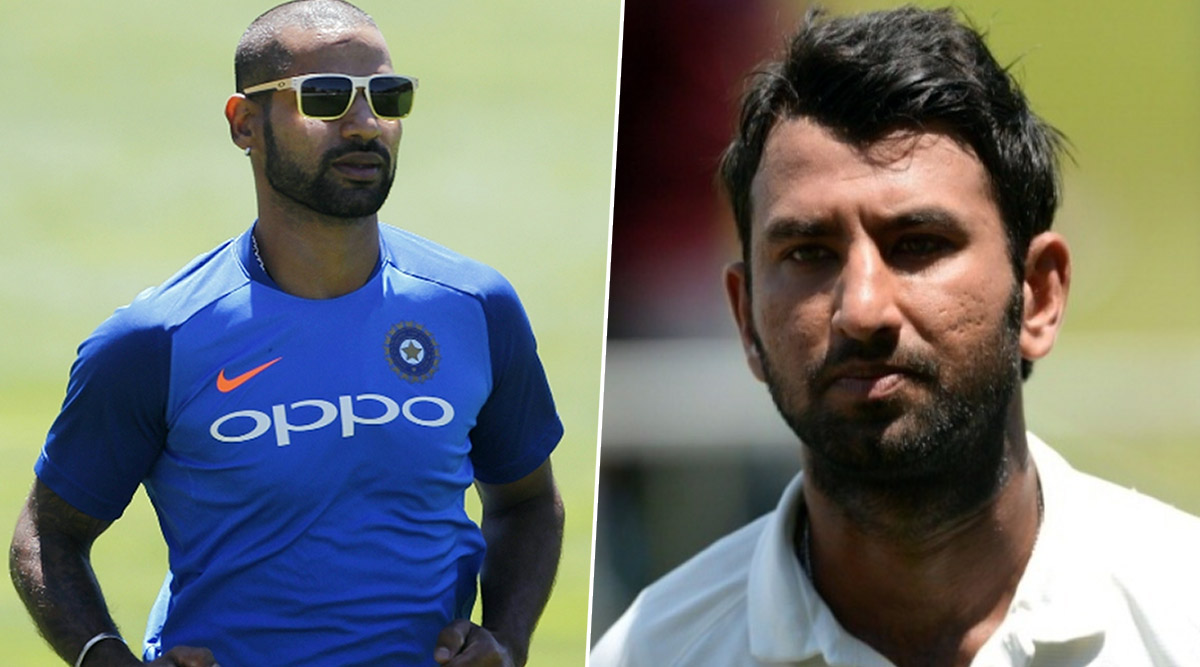 India’s modern-day wall Cheteshwar Pujara displayed his capabilities with the ball during Saurashtra vs Uttar Pradesh clash In Ranji Trophy 2019-20 and took a wicket in the second delivery of his spell. The spinner dismissed Mohit Jangra in the match and seemed delighted by getting a rare scalp. He was seen celebrating by running all over the field and hugging his teammates. The 31-year old cricketer took to Instagram and shared the footage of the wicket he got. However, his teammate Shikhar Dhawan took the opportunity to pull Pujara’s leg and asked the cricketer to sprint like this during running between the wickets. Shikhar Dhawan Makes Scintillating Comeback From Injury by Scoring Magnificent Century.

“The day when I changed my Batsman status to an All-rounder” read the caption of the video posted by the number four ranked Test batsman. The comment section of the post was filled with praises. However, Dhawan had other ideas and the opener went on to troll Pujara. “Bhai kabhie itne tez sprint running karte waqt bhi maar liya kar. Well bowled waise (Brother, sometimes, sprint like this while running, well bowled by the way)” commented the left-handed opener on the post. 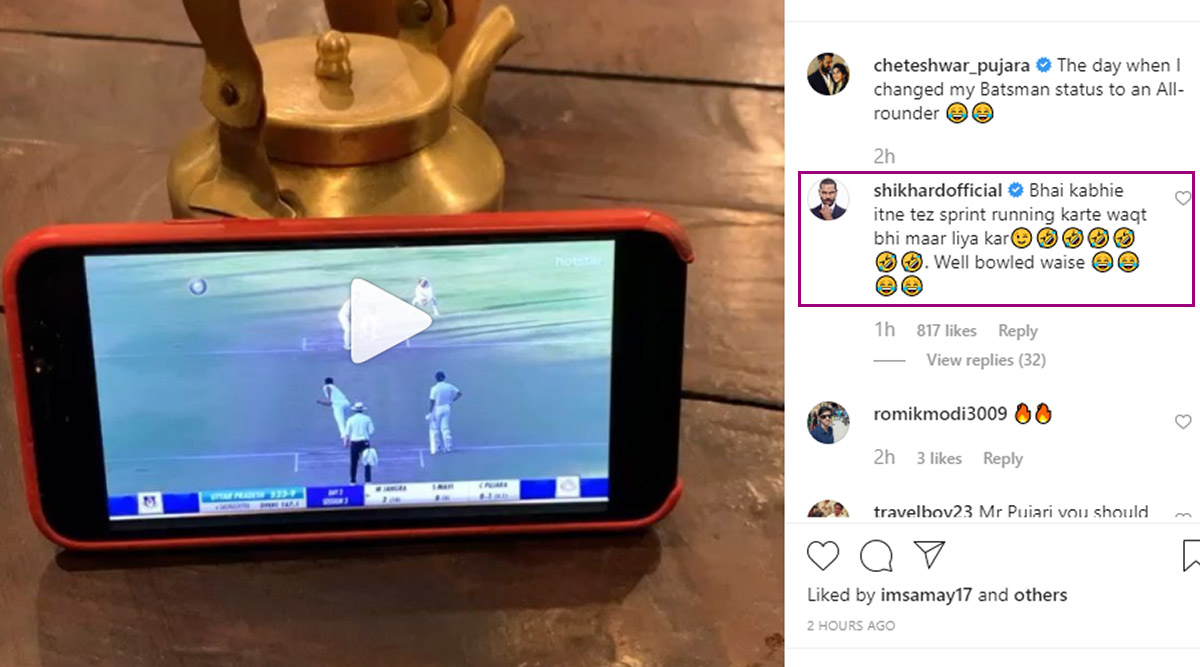 Speaking of the Saurashtra vs Uttar Pradesh clash, Pujara scored 57 runs in the first innings to guide Saurashtra to 331 in the first innings. In reply, the UP side put on an even better batting display nad scored 523 runs. Only one day is left in the match and is certain to end in a tie. Dhawan also scored a century in the Delhi vs Hyderabad clash and will be eyeing to make a roaring comeback in the Indian team during the three-match T20I series against Sri Lanka.