Sourav Ganguly Visits Barcelona to Watch Lionel Messi in Action at La Liga 2018-19; Gets Special Jersey With ‘Dada’ Written Behind 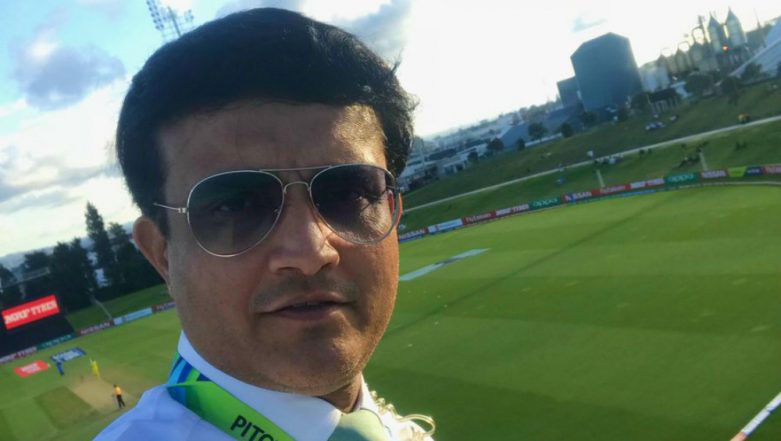 Former captain Sourav Ganguly is following India vs Australia 2018 series quite closely. Ganguly very often even expresses his opinion on Twitter on social media about the on-going contest. Now, Ganguly took some time off from his busy schedule and has flown to Barcelona with his daughter Sana. He also watched Lionel Messi in action at La Liga 2018-19 to watch Lionel Messi in action against Celta Vigo. Barcelona comfortably won the match by 2-0 and the pictures of Ganguly at Camp Nou went viral. Yuvraj Singh Picked by Mumbai Indians Team in IPL Player Auction 2019; Sourav Ganguly Sends Good Wishes.

Ganguly even received a Barcelona jersey with Dada written at the back of it. The jersey also had number 99 written at the back. The jersey was presented to the former captain of India by FC Barcelona club board member Oriol Tomas I Carulla. Check out the snap below: Sourav Ganguly Issues Stern Warning to the Australian Media, Says, ‘Two More Tests to Go’.

The former Indian cricketer also went on to share the images of his outing with his daughter Sana on social media. “In Barcelona .. dad and Sana ...” read the tweet.

In Barcelona .. dad and Sana ... pic.twitter.com/Ic3U8KPTgs

The former Indian captain had earlier issued a warning to the Australian media who constantly took a jibe at the Indian players. “Lots of talk going around in media especially Australian .. watch out for india against this australia ..still two tests to go and india can win both.. don’t go too far ahead everyone @bcci,” read his tweet.