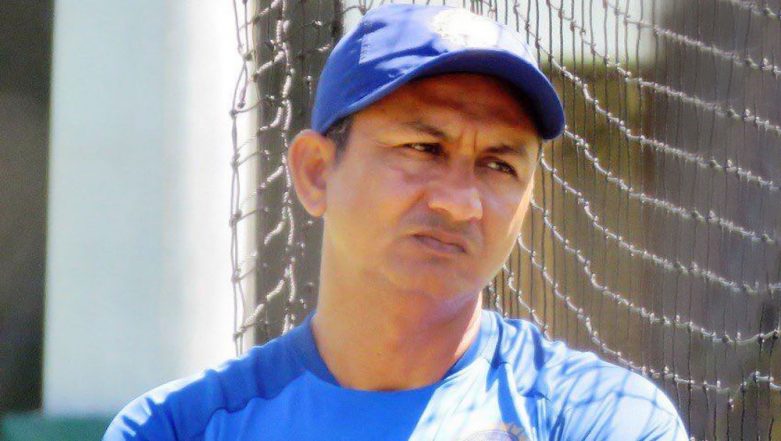 Birmingham, July 1 : With both Yuzvendra Chahal and Kuldeep Yadav going for aplenty against England on Sunday, the question on everyone's mind is whether or not the Indian team management should look at giving spinner Ravindra Jadeja a go for the game against Bangladesh at the Edgbaston Cricket Ground on Tuesday as that can give India depth in batting. India's assistant coach Sanjay Bangar believes that using Jadeja can definitely be an option. But he is quick to add that Kuldeep and Chahal failing against the English batsmen was more of an one-off situation. India vs England Highlights of ICC World Cup 2019 Match: ENG Beat IND, Stay in Contention for Semi-Finals.

"We're open to all combinations where the three seamers can play along with Hardik Pandya. We're also looking at Jadeja coming in, all players are up and figure in the team combinations we're thinking of. When you don't have major contributions from the lower order, wherein a Bhuvneshwar Kumar becomes vital. Or anybody who can be handy at No. 8, could be Jadeja. It gives a bit of a freedom to somebody batting at 6 or 7, they could start going at the bowling a bit earlier rather than leaving it for the last 3-4 overs. From that point of view, it's a tactic which we've been debating as a team combination. There will be a point in the tournament where we will have to reassess the combinations."(As for Kuldeep and Chahal) you could say it was one of their off days. But they've been doing really well for us so we need to continue to back them. In the next games, they have a crucial role to play," he explained. Ravindra Jadeja Catch Video: Substitute Fielder Takes A Stunner to Dismiss Jason Roy During IND vs ENG CWC 2019 Match.

Bangar feels that knowing the ground after Sunday's game will help the Men in Blue in the game against the Bangla Tigers. "Yes, we're playing on the same track, we know the wicket and the dimensions well. Yes, we also have to assess from the bowling perspective on how to improve there. In the last 6-7 overs, we gave plenty of runs, whether that's an area where the game slipped, we'll also have to look at that."We also have to try and get those learnings into the next game. Every game is going to be crucial, we'll assess the things that went wrong and correct those," he said.

Questions have also been raised on M.S. Dhoni's performance with the bat on Sunday, but Bangar believes that it is unnecessary to keep questioning Dhoni."Except for one odd innings, he has done the role always. Five out of seven games he has done the job for the team. If you see the earlier games, against South Africa -- he stitched together a partnership of 70 with Rohit. After that what was required of him against Australia he did that. In Manchester on a difficult track (against WI) he got a vital 58 for us.

"Here also, he was striking the ball really well. I'm surprised that this question continues to come up every now and then. He's doing the job for the team and overall we're very happy with the intent he's batting with," he pointed. Bangar also said that the team will look to persist with Rishabh Pant at number four as a left-hander helps unsettle opposition bowlers.

"The team management has been feeling the absence of a left-hander after Shikhar was injured. It was a ploy to use right-left combination in the middle overs to upset the bowling plans a bit. Because of that Adil Rashid couldn't bowl the number of overs he'd have usually bowled."I felt he had a decent innings, played a couple of good shots and a partnership going. So yes we are going to persist with Rishabh," he explained.