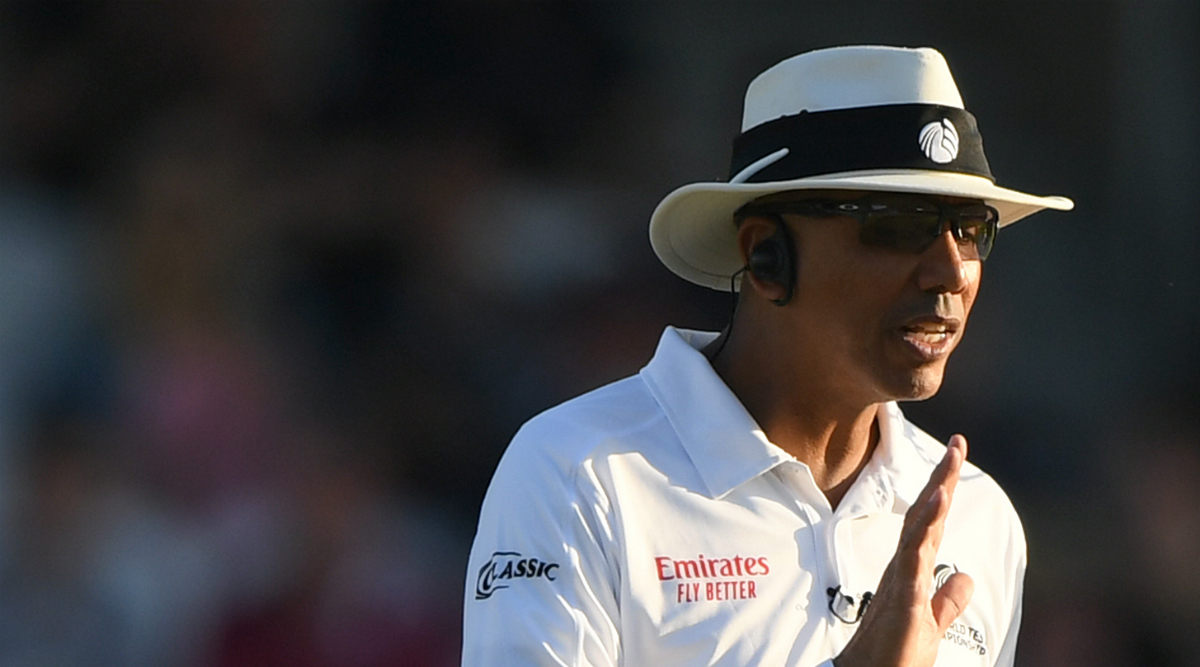 Joel Wilson, the on-filed umpire in ongoing India vs Bangladesh Day-Night Test 2019 is facing the ire of netizens after he wrongly adjudged Imrul Kayes out on Ishant Sharma’s delivery. The Bangladesh opener got an edge with the ball on his thigh and Saha took the catch behind the stumps. Joel Wilson raised his finger after seeing Team India's vociferous appeal. Nevertheless, Kayes called a quick review against the dismissal and he was saved by the DRS (Umpire Decision Review System). Wilson, who previously made the headlines with multiple wrong decisions in Ashes 2019 series, instantly started getting trolled on Twitter for his yet another goof-up. India Vs Bangladesh, Cricket Score 2nd Test Match.

Twitterati were quick to troll the West Indies’ umpire over the same. Twitterati shared funny memes and funny tweets to take a dig at the Wilson’s umpiring. Have a look at some tweets below. IND vs BAN Day-Night Test 2019: Bangladesh Top Order Rattled By Ishant Sharma, Mohammed Shami and Umesh Yadav on Pink Ball Test Debut.

Although Imrul Kayes was able to save his wicket through DRS, he could not enjoy his batting for long. He was soon dismissed by Ishant Sharma through lbw for an individual score of four. He again took a DRS over the same, however, this time he was adjudged out by the third umpire as well.

Meanwhile, India made a strong start in the match after Bangladesh skipper Mominul Haque opted to bat first in the match. Bangladesh lost five quick wickets within 15 overs. After Ishant Sharma's dismissal of Imrul Kayes, Umesh Yadav took two wickets in a single over. Mominul Haque (0) and Mohammad Mithun (0) were dismissed for a duck by Umesh. Mushfiqur Rahim (0) became another victim for a duck to Mohammad Shami. Yadav gave another blow to Bangladesh with dismissing Shadman Islam tat 29.

India lead the two-match Test series 1-0 after winning the first Test by an innings and 130 runs. Mayank Agarwal smashed a 243-run knock to bag the player of the match award.