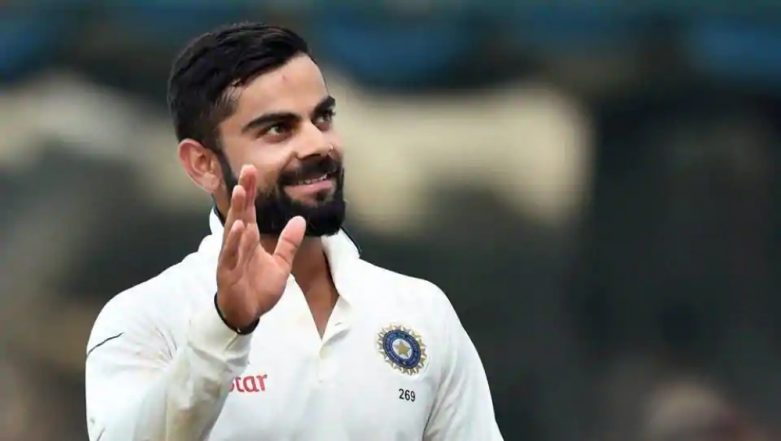 Virat Kohli surely has a huge fan base across the globe. People from all age groups adore the Indian captain and even Kohli makes sure that he appreciates the support he gets from the fans, especially when it comes to kids. Kohli makes sure to oblige them with an autograph or a selfie. Now in a video surfaced online, Kohli once again adheres to the request of his little fan and surely the kid is smiling ear to ear. It was when team India was boarding the bus to Melbourne for the Boxing Day Test 2018. Virat Kohli Breaks VVS Laxman’s Record, Moves Second on List of Most International Runs by an Indian Against Australia.

A kid shouted out to Kohli and said, “Virat Kohli Chachu, Autograph Please.” This grabbed Kohli’s attention and he walked towards a section of Indian fans and signed autographs for his young fans. He even accepted Christmas gift from one of the fans and also wished them on the Christmas Day. The video of the act went viral and was soon trending on social media. Check it out below: Mayank Agarwal Becomes First Indian Opener Since 1947 to Score Fifty on Debut in Australia: Watch Video

The year 2018, has been quite an amazing one for Virat as the Indian cricket captain went on to shatter many records. Today, on the Day 1 of India vs Australia, Boxing Day Test, Kohli went on to surpass VVS Laxman and became the second-most runs against Australia across all formats. Kohli, who now takes the second place, has scored 3216 from 60 matches while Laxman during his career had scored 3173 runs from 50 matches against Australia.