The Surrey website today mentioned that Virat Kohli will be available for all cricket throughout the month until the close of Surrey's trip to Scarborough to face Yorkshire. 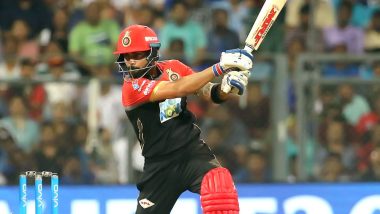 Indian Cricket team captain Virat Kohli will be playing the county season confirmed Surrey. Earlier, there were reports that Indian captain Virat Kohli might play in the county circuit in order to get used to England conditions before the all important tour of India to England. India will face the English team in August for the Test series. India's Test batting mainstay Cheteshwar Pujara and seamer Ishant Sharma are already playing for Yorkshire and Sussex respectively.

While Kohli joining the London-based team was an open secret, the county officially announced the deal today on their official website.

"Surrey County Cricket Club are delighted to announce the signing of India captain Virat Kohli for the month of June," the club announced on their website www.kiaoval.com.

Speaking after signing for the club, Kohli said: “It has long been an ambition of mine to play county cricket and I am thankful to Alec Stewart and Surrey for allowing me the opportunity to join them during their 2018 season. I can't wait to get to the Kia Oval.”

Alec Stewart, Surrey's Director of Cricket, added: “We are thrilled to have signed the biggest name in world cricket for the month of June. “Playing and training alongside Virat will be a massive benefit for our players who will have the opportunity to learn so much from him.

“At a time when there is much discussion around the future of county cricket, the arrival of Virat should give our domestic game a massive boost and positive exposure around the cricketing world which in turn can benefit every county,” the former England captain said.

With Kohli playing three county championship matches in June, he is all set to miss the historic first-ever Test match against Afghanistan scheduled in Bengaluru from June 14-18. The Committee of Administrators chief Vinod Rai has already said that Kohli will be encouraged to play county in his bid to prepare for the Test series in August.

According to Surrey website: "Kohli will be available for all cricket throughout the month until the close of Surrey's trip to Scarborough to face Yorkshire."

The Indian captain had a horrid tour of England the last time team visited the English land for a test series in 2014. Virat Kohli will now look to make amends by ensuring that he is thoroughly prepared for the seaming tracks and moving wickets in England.

(The above story first appeared on LatestLY on May 03, 2018 09:37 PM IST. For more news and updates on politics, world, sports, entertainment and lifestyle, log on to our website latestly.com).