Yuvraj Singh Birthday Special: 10 Dance Videos of Former Indian Cricketer That Will Give Bollywood Heroes A Good Run For Their Money! 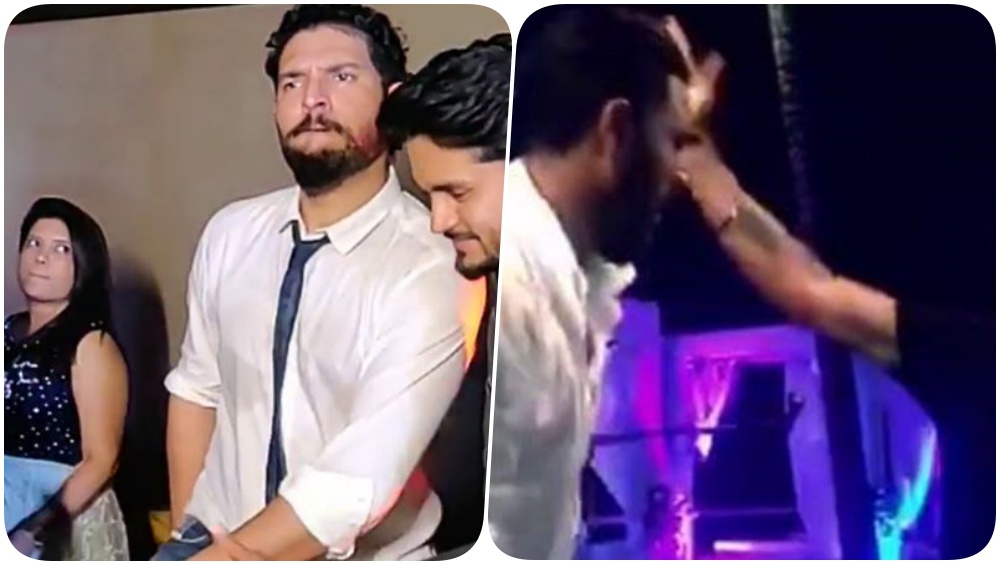 Yuvraj Singh's contribution to Indian cricket is countless and he has held the Indian flag high multiple times. Other than being a swashbuckling batsman, Yuvraj is also a thrilling entertainer on the dance floor. He has in-built roots of dancing skills which always attract fans. He has been captured on camera shaking a leg many times and here we will look at ten such videos.

2.  With Virat and Anushka
3. Ishant and Yuvi
4. At Manish Pandey's Reception
5. Yuvi and Bhangra!
6. IPL Nights!
7. Moves That Got Us Talking!
8. His Own Wedding!
9. Another one!
10. I am a Disco Dancer!
Yuvraj Singh played for India from the year 2000 to 2019. The Indian cricketer played 40 Tests, 304 ODIs and 58 T20Is for India during his 19-year-long career. He scored 1900 Test runs, 8701 ODI runs and 1777 runs in T20Is. He is also a left-handed bowler. His bowling style is slow left-arm orthodox. He grabbed 9 wickets in Tests, 120 wickets in ODIs and 29 in T20Is. He best bowling figures in ODIs are 5 wickets for 31 runs. His highest ODI and T20I individual knocks are 150 and 77* respectively. Happy Birthday Yuvraj Singh.
Comments
Tags:
cricket Indian Cricketer Yuvraj Singh Yuvraj Singh Yuvraj Singh Birthday Yuvraj Singh Birthday Special
Comments
You might also like