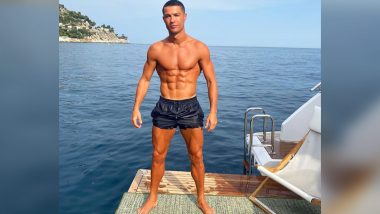 Cristiano Ronaldo is enjoying a short break with his girlfriend Georgina Rodriguez and four children. The Juventus star posted a lovely photo on his social media page flaunting his abs and well-shaped body in a pair of swimming trunks. The picture was certainly clicked after Ronaldo had stepped out of the water. The family have been on vacation in the fishing village of Portofino in Italy and have been staying in the football superstar’s luxury yacht. Ronaldo and Juventus were knocked out of the UEFA Champions League 2019-20 round of 16 by Lyon on away goals last week. Cristiano Ronaldo Transfer News Latest Update: List of Clubs Portuguese Star Has Been Linked to Since Juventus’ Elimination From Champions League.

In the picture, Ronaldo can be seen flaunting his chiselled physique standing on the luxurious £5.5 million superyacht in trunks. He posed in confidence. Ronaldo captioned the picture as "On Board!" Video of Andrea Pirlo Outfoxing Cristiano Ronaldo Goes Viral Following Former AC Milan Midfielder’s Appointment As Juventus Manager.

The Portuguese superstar also shared another picture on his Instagram story from the vacation in which he can be seen pointing to Georgina, who is swimming, from the yacht. 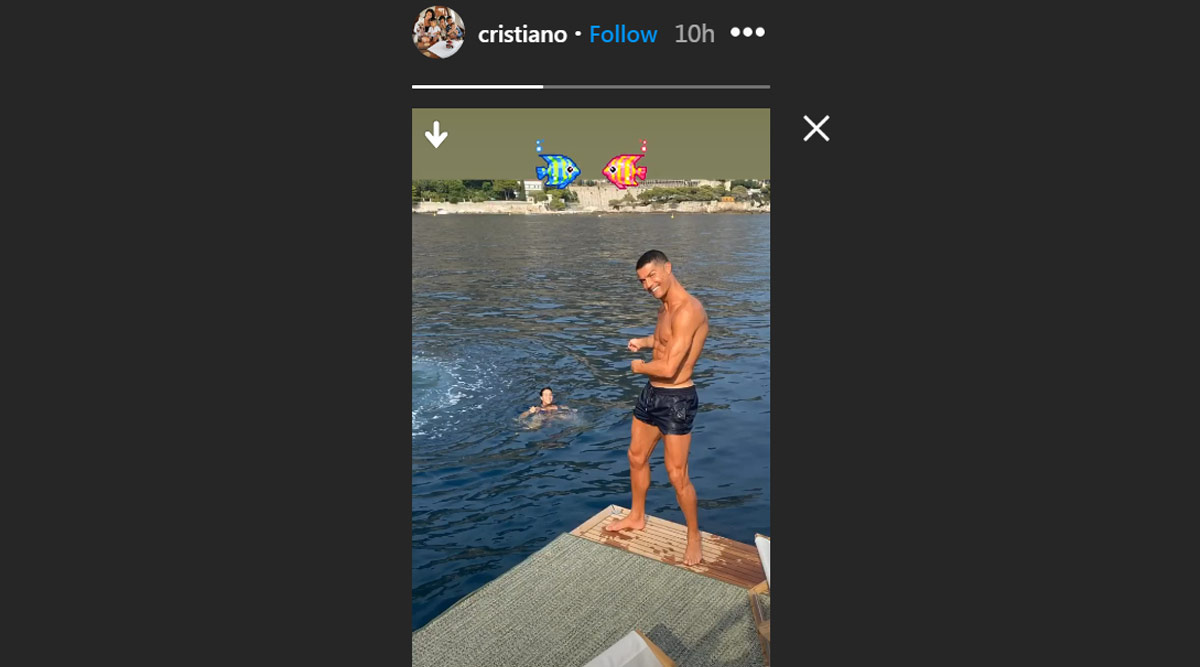 Meanwhile, Ronaldo has been linked with a potential transfer to Paris Saint-Germain this summer. The 35-year-old is said to be frustrated with Juventus’ lack of competitiveness in Europe and wants to join Neymar and Kylian Mbappe in the French capital as he feels he has a better chance of winning Champions League with PSG. Ronaldo has seen Juventus get knocked out from the UCL in the quarter-finals last season and from the last 16 stage this year.

(The above story first appeared on LatestLY on Aug 11, 2020 09:13 AM IST. For more news and updates on politics, world, sports, entertainment and lifestyle, log on to our website latestly.com).