Lionel Messi enjoyed a stellar individual campaign despite European disappointment for his club FC Barcelona. The diminutive Argentine scored 51 times in 50 appearances last season and had already racked up 40 goals in 2019, which is by far the most goals any player has scored this year. Apart from his 51 goals, Messi also recorded a high 22 assists. 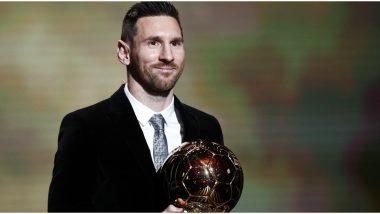 Messi enjoyed a stellar individual campaign despite European disappointment for his club FC Barcelona. The diminutive Argentine scored 51 times in 50 appearances last season and had already racked up 40 goals in 2019, which is by far the most goals any player has scored this year. Apart from his 51 goals, the Blaugrana talisman also recorded a high 22 assists as Barcelona strolled to the La Liga title last season. He, however, failed to inspire his team to Champions League win despite scoring 12 times in the competition in 16 matches.

He had a troubled start to the ongoing 2019-20 season with an ankle injury and later a shoulder injury hampering his time on the pitch. But ever since returning against Inter Milan, the 32-year-old has already scored 10 goals, including the winner in the 1-0 victory against Atletico Madrid on the weekend. His 2019 haul of 40 goals and 17 assists so far have come, despite the superstar battling recurring injuries through the ongoing seasons. He has only played 3516 minutes in the entire calendar year so far.

The King Returns to His Throne

The @FCBarcelona star wins his SIXTH #BallondOr - no player has won as many as him. 🐐

The Run That Brought This!!

👽 Messi's unbelievable form in #LaLigaSantander this year wins him the #BallondOr 2019.

The Ballon d'Or award 2019, his sixth after 2009, 2010, 2011, 2012 and 2015, also meant that Messi has now surpassed Ronaldo with whom he was locked on five awards each. His last Ballon d'Or win had come in 2015 before Ronaldo swept the next two and Luka Modric picked the 2018 trophy bringing an end to the 10-year monopoly dominance by Messi and Ronaldo. While Ronaldo finished second to his then club teammates Modric in 2018, Messi was ranked a shocking fifth in the best men's player award. But the Argentine has finally reclaimed the award he last held in 2015.

You Have Heard That Before

The Only. One. Ever.

My Dad is King Again

😆 When your dad became the 2019 Ballon d'Or ! #ballondor pic.twitter.com/E1WMm0fkCT

A SIXTH ONE!!!! #ballondor pic.twitter.com/ydvQXgJK6b

Van Dijk, who also had an influential year in which he guided Liverpool to the Champions League trophy and a record second-place finish in the English Premier League (EPL), came second while his club teammates Sadio Mane, Mohamed Salah and Alisson came fourth, fifth and seventh respectively. Incidentally, Liverpool overturned a 0-3 deficit in the semi-finals against Barcelona to reach the UCL final where they beat Tottenham Hotspur 2-0 to lift their sixth European Championship trophy.

(The above story first appeared on LatestLY on Dec 03, 2019 02:34 AM IST. For more news and updates on politics, world, sports, entertainment and lifestyle, log on to our website latestly.com).