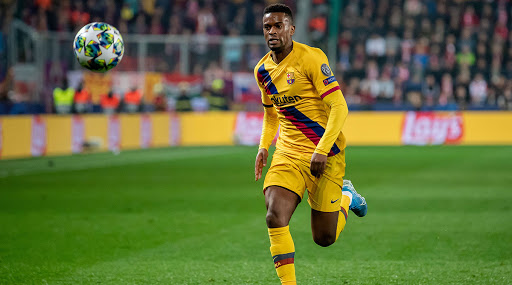 Tottenham Hotspur have been linked with a move for Barcelona full-back Nelson Semedo as Jose Mourinho looks to strengthen his defensive unit. According to reports from England, Spurs and Mourinho are interested in the Portuguese player after he has fallen out of favour at his current club. Serge Aurier currently occupies the right-back position at the North London club but there are questions about his defensive abilities as Mourinho has often opted for a back three to cover for the Ivorian’s attacking instincts. Aurier joined Spurs in 2017 and has been their first-choice since the departure of Kieran Tripper earlier this summer. Tottenham Hotspur Transfer News Update: Spurs Join Race to Sign Krzysztof Piatek From AC Milan.

As per the reports from English newspaper The Sun, the Premier League side want to make a move for Nelson Semedo this month as they see him a possible solution for their defensive problems. The Portuguese full-back joined Barcelona in 2017 but has been unable to secure a starting spot for himself in the team. It is also reported that Semedo’s agent has given a green light to complete this switch and Barcelona will also allow him to leave if a transfer fee of £31 million is met. Tottenham are also interested in Norwich City right-back Max Aarons but rival interest from RB Leipzig have ensured that they are chasing new targets. Barcelona in Talks With Xavi to Replace Ernesto Valverde as Manager: Reports.

Jose Mourinho is desperate to strengthen his defensive unit and Semedo appears to be the perfect fit. Since taking over from Mauricio Pochettino in November 2019, Spurs have kept only one clean sheet in 12 games. The 26-year-old has found game time hard to come by in recent weeks at the Catalan side as Sergi Roberto has once again established himself as the club’s main right-back. Tottenham could tempt the full-back with the promise of regular first-team football and he will surely be a great addition to their team.