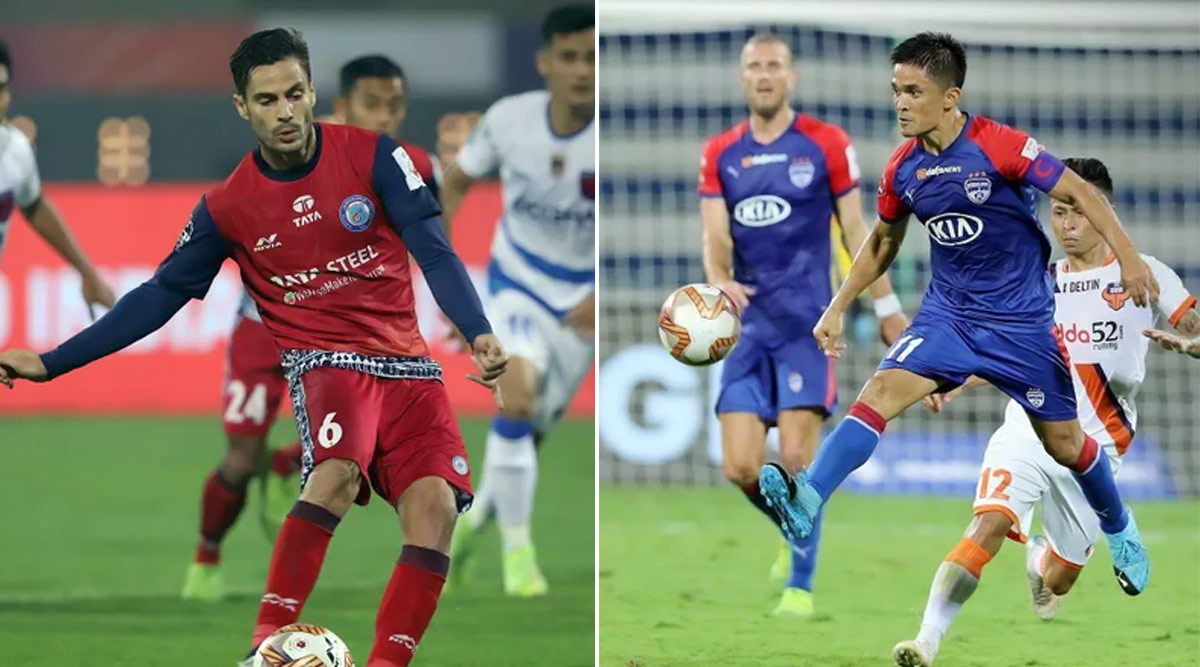 Bengaluru FC will eye for the second position when they play Jamshedpur FC in match 55 of 2019-20 Indian Super League (ISL). Bengaluru FC vs Jamshedpur FC match in ISL 6 will take place at the Sree Kanteerava Stadium on January 09, 2019 (Thursday). Jamshedpur FC are without a win in their last five matches, while Bengaluru bounced back from the narrow defeat to ATK with a vital win over FC Goa. Fans, who play fantasy games like Dream11, can find all tips including player form and availability to build a strong fantasy team for BCF vs JFC 2019-20 ISL encounter. Both sides played out a goalless drab when they met earlier in the competition. Meanwhile, for all tips and team suggestions to build a strong and balanced Dream11 fantasy team, please scroll down. Bengaluru FC Vs Jamshedpur FC Live Football Score.

A win against Jamshedpur will help the defending ISL champions pip ATK into the 2nd position in ISL 2019-20 points table. They have lost just twice and have also conceded the least number of goals but it is in scoring where the champions have struggled with Sunil Chhetri alone carrying the burden of finding the net. His brace against Goa gave Bengaluru a vital win in their last game. Coach Carles Cuadrat will hope the likes of Erik Paartalu and Juanan will make full use of their height and physique to score from set-pieces, which has been one of Bengaluru’s strong points this campaign.

For Jamshedpur, it has all gone downhill ever since striker Sergio Castel injured himself. The 24-year-old Spaniard’s last game against FC Goa was also Jamshedpur’s last win. Since then they have played five, drawn three and lost two including successive defeats in their previous two games. From being third at one stage in the standings, Antonio Iriondo’s team have dropped down to sixth but can climb back to 4th place – final play-off place – with a win against the reigning champions. Jamshedpur will also miss midfielder Piti but Noe Acosta has been passed fit and could feature.

Bengaluru FC vs Jamshedpur FC, ISL 2019-20, Dream11 Team Prediction: Goalkeeper – Gurpreet Singh Sandhu (BFC) and Subrata Paul (JFC) are the two first-choice goalkeepers for their team and have been excellent all season so far in ISL 6. But Gurpreet has long-ranger on his feet and should be given the nod.

Bengaluru FC vs Jamshedpur FC, ISL 2019-20, Dream11 Team Prediction: Defenders – Juanan (BFC) and Tiri (JFC) have already scored 1 goal each in ISL 6 and have also been rock solid for their respective teams in defence. They will be ably supported by Harmanjot Khabra (BFC) and Nishu Kumar (JFC) at the heart of this fantasy team.

Bengaluru FC vs Jamshedpur FC, ISL 2019-20, Dream11 Team Prediction: Midfielders – Dimas Delgado (BFC) and Erik Paartalu (BFC) have been the anchor of Bengaluru’s midfield and with 3 and 2 assists respectively the duo have been among the most creative players this ISL season. Both players should be the first names on every fantasy team. The other two players in this four-man midfield can be Memo (JFC) and Aitor Monroy (JFC), who have been crucial for Jamshedpur.

Bengaluru FC vs Jamshedpur FC, ISL 2019-20, Dream11 Team Prediction: Forwards – Sunil Chhetri (BFC) should be the first pick for forward in this Dream11 team. Farukh Choudhary (JFC) can be the other attacking player.

Jamshedpur FC are ranked sixth in the ISL points table with 13 points from 10 games and have only won thrice. From a game more, Bengaluru FC have 19 points and are ranked third. They have one in five games at home in ISL 6 while three were wins.