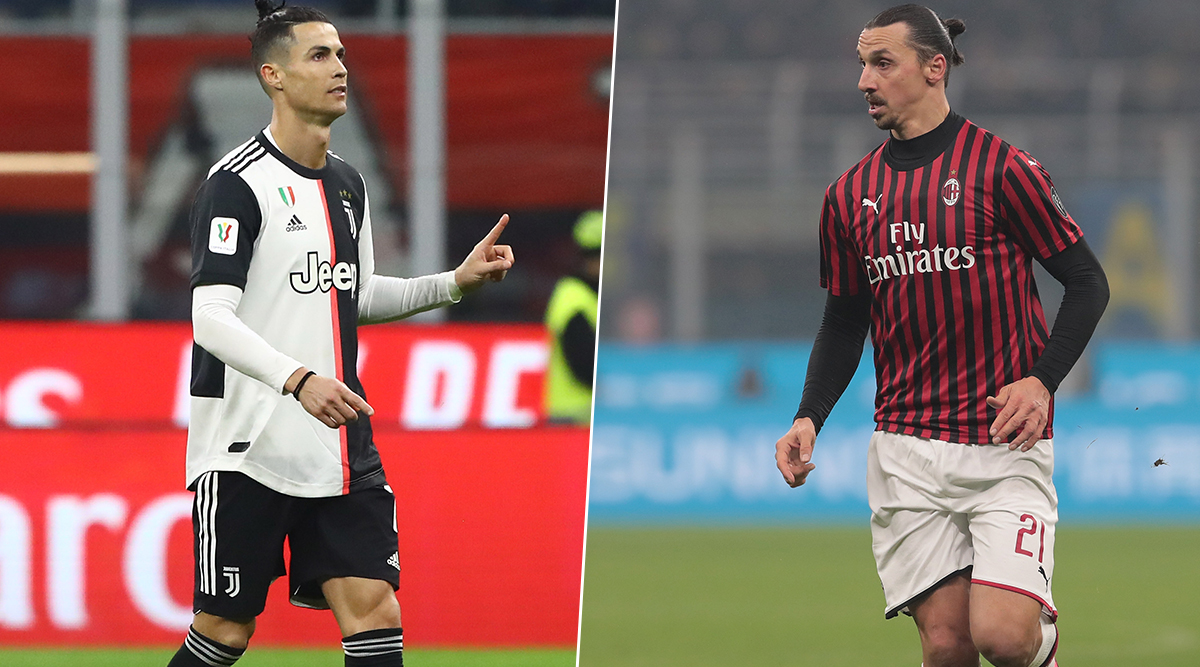 Cristiano Ronaldo facing Zlatan Ibrahimovic is a dream battle for any fans in the footballing universe. Two of this generation’s best goal-scorers batting each other for the final hurray is the ultimate fantasy of all football fans. When AC Milan hosted Juventus in the 1st leg of Coppa Italia 2019-20 semi-final, it was not only a battle between two Serie A giants but also a face-off between two goal monsters of all-time – Ronaldo and Ibrahimovic. Both, however, looked short of the composure that has elevated them to these heights in football and it was only a 90th-minute penalty, with little assistance from VAR, which helped Ronaldo get better of his biggest rival in Italian football. AC Milan and Juventus played out a 1-1 draw at the San Siro with the visitors escaping with a draw despite being behind for majority of the second half. Cristiano Ronaldo Injury-Time Penalty Helps Juventus to 1-1 Draw Against AC Milan in 1st Leg of 2019-20 Coppa Italia Semis.

This clash was billed as the Ronaldo vs Ibrahimovic battle ever since Juventus beat Roma and AC Milan overcame a tough Torino side to reach the semis. This is the first time both the players are facing each other in Italy having conquered pastures elsewhere. Ibrahimovic, during his first spell in Italy, had won the country with title-winning campaigns in both these clubs apart from Inter while has been hitting the headlines ever since moving to Italy from Spain in 2018. They have faced each other in different countries and competitions before but were up against each other for the first time in Italy.

Yet they were hardly involved in the game for major periods and had very little impact in the match, which before it started was tipped as a Ronaldo vs Ibrahimovic showdown. Ibrahimovic looked better of the two with Ronaldo struggling to impose himself in Maurizio Sarri’s style. The 38-year-old nearly doubled the lead after Ante Rebic had put AC Milan ahead in the 61st minute but Gianluigi Buffon pulled off a terrific save to his right.

Ronaldo eventually had the final laugh when – with Juventus 0-1 behind at the end of regulation time – his bicycle kick hit Davide Calabria’s hands in the box. The referee initially waved off appeal for a handball but pointed towards the spot after consultation with VAR. Ronaldo stepped up and converted the penalty firing the ball to the keeper’s left and on the top corner to get the better of his rival.

Meanwhile, both sides will again face each other in the second leg of the Coppa Italia 2019-20 semi-final but there won’t be a Ronaldo vs Ibrahimovic showdown as the latter is suspended for the next match. Ibrahimovic was booked for an elbow on the face of Juventus centre-back Matthijs de Ligt, which is his second in the competition and has ruled him out.