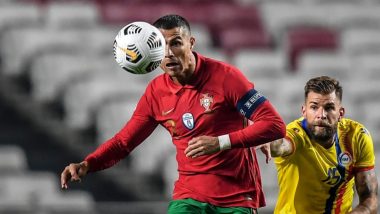 it was said that Harry Kane and Raheem Sterling could have bagged the honour but that couldn't happen. Even Czech Republic's Patrik Schick who had scored five goals to his credits did not win the award as CR7 had an assist under his kitty. Karim Benzema, Emil Forsberg, Romelu Lukaku, Harry Kane stood third with four goals each in the European Championship. No, let's have a look at the post by CR7 and Juventus:

The Euro 2020 was won by Italy who won against England at the Wembley Stadium as the Azzurri won the match 3-2 on penalties. Post this, the English players had to suffer from a lot of racial comments from the fans. England FA condemned their acts and even released a statement on social media.

(The above story first appeared on LatestLY on Jul 13, 2021 10:01 AM IST. For more news and updates on politics, world, sports, entertainment and lifestyle, log on to our website latestly.com).