Cristiano Ronaldo Uses Madeira Stadium for Secret Training Amid Coronavirus Crisis, Gets Slammed by the Head of Health Pedro Ramos 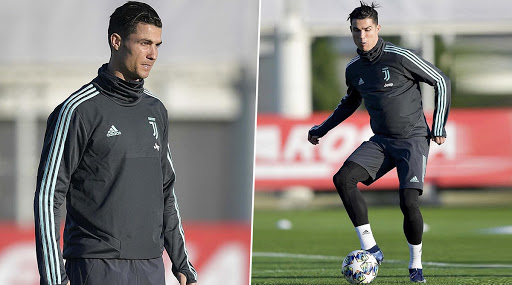 Cristiano Ronaldo is in Madeira for quite some time now amid the coronavirus lockdown. He had visited his native to visit his ailing mother who had suffered from a heart stroke and has been there along with his family. Now he used the Madeira Stadium amid the lockdown for his secret training and the pictures of his training emerged on the internet. As a result, the five-time Ballon d’Or winner got slammed by the Head of Health Pedro Ramos of Madeira and he said that CR7 did not have permission to use the Stadium. Cristiano Ronaldo Transfer News: Real Madrid Chief Florentino Perez Reportedly Keeping an Eye on CR7’s Situation at Juventus.

He also went on to say that he has the right to train as long as he respects the rules. During the press conference, he was asked about the pictures on the Internet which featured CR7 and he said that the best player in the world should set an example. “Cristiano seems to me to have done just a few minutes of exercise and, therefore, there is no harm in the world. I would not like it to be said that it is trivialisation, because we are all responsible,” he said. He also went on to say that the people of Madeira are adhering to the rules and the regional Government can exercise their power. Check out the pictures below:

Ronaldo has been in the news for a while now as there are several reports of Juventus being compelled to put him on sale amid the financial losses the Bianconeri has suffered due to no matches. Real Madrid boss Florentino Perez has been eyeing on his situation at Juventus.