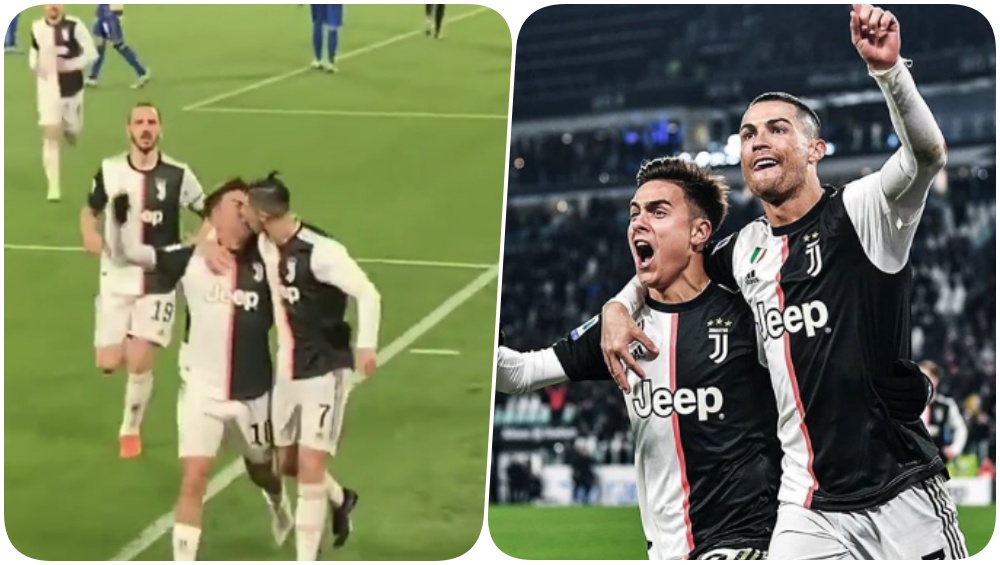 Cristiano Ronaldo shattered a lot of records after scoring a couple of goals against Parma in the Serie A 2019-20 tie. With this dual scoring, CR7 became the second player in Serie A to have scored in seven consecutive matches. But what caught the attention of the netizens was the accidental lip kiss between Cristiano Ronaldo and Paulo Dybala after the former netted a goal in the 53rd minute. So here’s exactly what happened. CR7 celebrated the second goal of the match which the Argentine had assisted. Serie A 2019-20 Result: Cristiano Ronaldo Double Helps Juventus To 2-1 Win Over Parma, Go Four Points Clear At Top.

In merriment, the two ran towards the flag corner and hugged each other. The two accidentally kissed each on their lips. However. The moment was shrugged off as the rest of the team joined the two to celebrate the goal but the moment was caught by the netizens who shared the video on social media. Check out the clip and a few reactions below:

When you see your ex having fun pic.twitter.com/nK0HClC4qb

With this win, Juventus now stands on number one of the Serie A 20192-20 points table. The Bianconeri has 51 points in their kitty. The team has lost only one game so far in this season. Inter Milan stands on number two with 47 points. Whereas, Lazio stands at number three with 45 points.