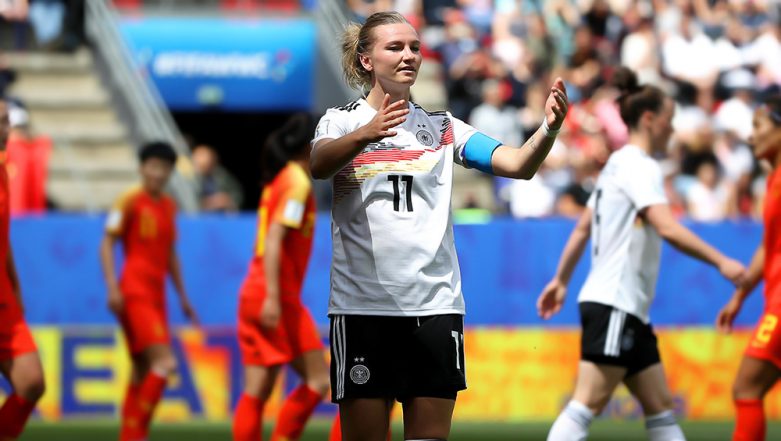 Two-time champions Germany will hope to maintain their winning record when they face Spain in their second match of 2019 Women’s World Cup. The second match of Group B will be played at the Stade du Hainaut Stadium in Valenciennes, France. Both Germany and Spain began their campaign with a victory in the first match of the group. While Spain came back from a goal down to beat South Africa 3-1, Germany overcame China 1-0 to begin the tournament high on confidence. The German women’s team will be looking to make amends after being knocked out of eventual champions United States in the last edition of the World Cup. Meanwhile. If you are in India and looking for free live streaming and online stream of Germany vs Spain, then scroll down below for details. FIFA Women's World Cup 2019 Schedule Free PDF Download in IST: Fixtures, Groups, Time Table in Indian Time with Venue Details of Football WC in France.

Germany and Spain are joined by China and South Africa in Group B. With three points already in their kitty, both these teams will be rearing to win this match and seal their entry into the round of 16. Spain leads Group B, courtesy a better goal difference. They scored both of their goals from penalties and will look to add one from open play that will boost their confidence. But conceding an early goal against South Africa will keep them worried and the Spaniards, chasing their first ever World Cup title will look to more solid at the back. FIFA Women's World Cup 2019: From Teams to Schedule And Venues, All You Need to Know About the Football Mega Event.

As for Germany scoring goals has never been an issue with them. Therefore just one goal against China will not give them any tensions. The eight-time Euro champions have never failed to go past the group stage at the World Cup. Their lowest finish in the tournament came in 1999 and 2011 edition when they were knocked out of the quarter-finals.

Germany vs Spain will take place on June 12, 2019 (Wednesday), at Stade du Hainaut Stadium in Valenciennes, France. This is the second match of Group B of 2019 FIFA Women’s Football World Cup and the start time is at 09:30 PM IST.

If you are not able to tune into television for whatever reasons, you can also catch Germany vs Spain FIFA Women’s Football World Cup 2019 match with the live streaming option available on Sony Liv. You can also catch up on the live updates of the game on the official website of FIFA.