ISL 2019: FC Goa Look to Get Back to Winning Ways in Hyderabad 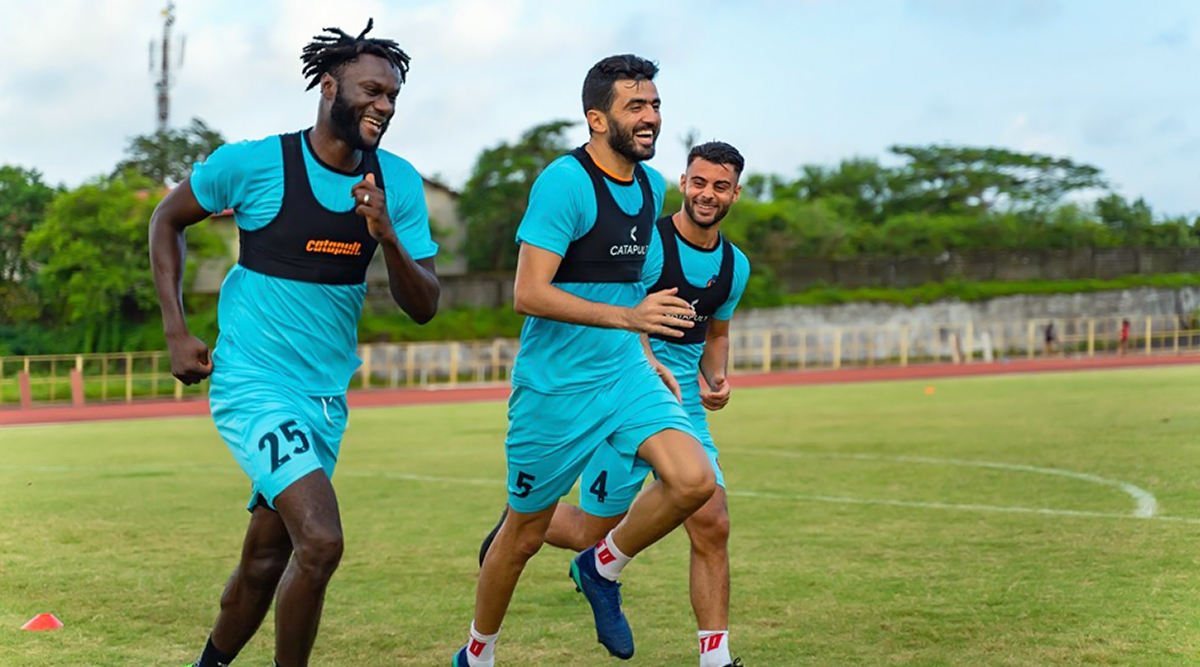 Hyderabad, December 7: FC Goa will be eyeing a vital win when they take on Hyderabad FC in a Hero Indian Super League clash at the GMC Balayogi Athletic Stadium here on Sunday. After picking up only one point in their previous two matches, Sergio Lobera's team have a chance to climb into the top four if they manage a victory against the bottom-placed hosts. Hyderabad FC, with just four points from six games, can leapfrog a couple of teams if they manage to upset the Gaurs who are currently fifth with nine points.

The home side come into this fixture on the back of a 1-1 draw where Robin Singh's late equalizer helped them pick up a point against defending champions Bengaluru FC. However, their midfield has looked disjointed at times, both in terms of stopping the opposition's attacks or being creative themselves. The hosts have conceded a league-high of 13 goals and that would surely concern coach Phil Brown. Indian Super League 2019–20 Schedule for Free PDF Download: ISL 6 Date, Fixtures, Teams and Time Table in Indian Time With Venue Details of Football Tournament.

The good news for Brown is that he has had nine days to prepare his team for the upcoming tie where he would have addressed these issues. Striker Giles Barnes has improved his fitness and could possibly be handed a start alongside Marcelinho. Adil Khan too has joined training after recovering from the knock he suffered while on international duty. Defenders Sahil Panwar and Gurtej Singh, however, will miss the tie owing to suspensions. Brown could deploy Nikhil Poojary as a left-back with Ashish Rai on the opposite flank.

"Every coach in the world will have injuries and suspension issues. The most important thing for us is that the treatment room is empty now. But we have two suspended from the same position. But, I also think that we have a good mindset at the moment regardless of who is playing in that position," said Brown.

"We are coming out in the ISL as a group. The energy is in the group. The suspensions of Gurtej and Sahil are normal - these things happen in football. The competition is at its best since I have been to India," he said.

Sergio Lobera, on the other hand, has been boosted by the return of some key players. He now has the option to select Hugo Boumous and Seiminlen Doungel who return from their suspensions. Star striker Ferran Corominas hasn't started their last two outings and it remains to be seen if the Spaniard will recover to be fit for the game on Sunday. Strikingly, in his absence, Goa have only picked a point from a possible six.

The Spanish coach hasn't had his full quota of foreign players for a single game this season and he will be hampered by the absence of the suspended centre-back Mourtada Fall against Hyderabad. Thankfully, midfielder Ahmed Jahouh is also back in the reckoning after his one-match ban which will ease some pressure on Lobera.

FC Goa have made it a habit to score late goals and bail themselves out of potential defeats. However, they have been guilty of not being able to dominate games as was witnessed in the previous two editions. "This is the most difficult season in the last three years. The other teams have signed big players. All the teams are very competitive. We are better but the situation now is very competitive," said Lobera.