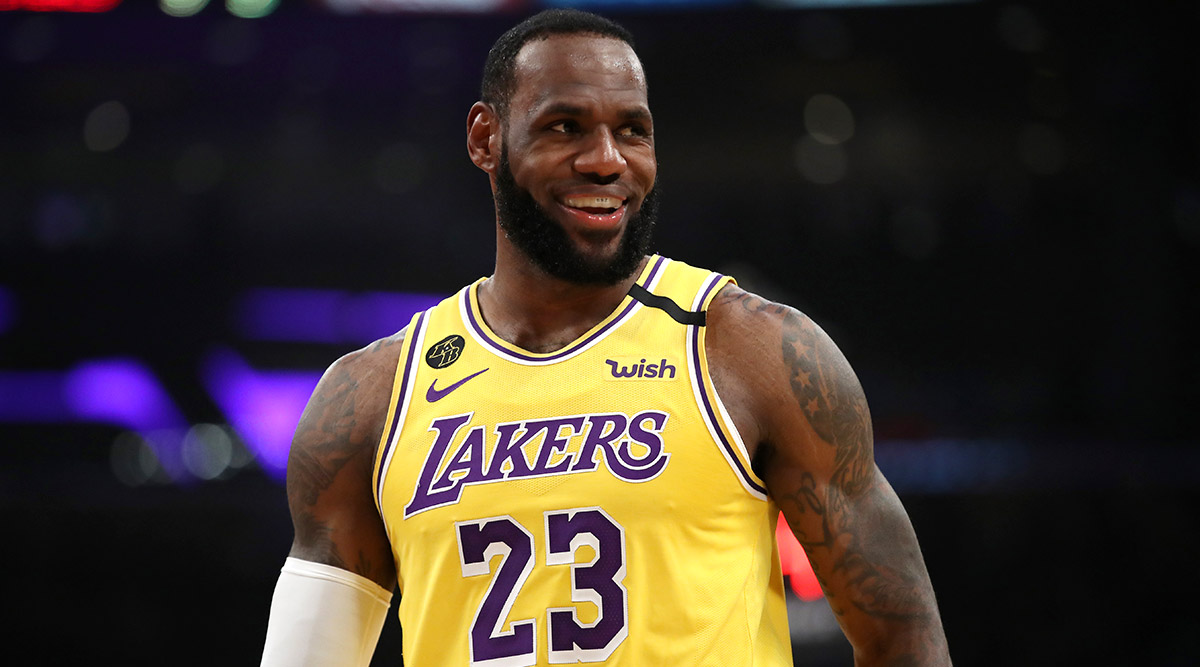 LA Lakers star LeBron James is one of the most popular athletes in the world at the moment and is arguably considered as one of the modern time greats in basketball. The former Cleveland Cavaliers player is under self-isolation due to the Coronavirus pandemic and to pass his time hosted an Instagram live event on the social media website. When asked about who among the current football players are his favourites the Lakers superstar had a very peculiar answer. Cristiano Ronaldo Snubbed From Europe’s Top 10 Most Valuable Footballers List, Lionel Messi Out of Top Five (Check Full List).

When a fan asked LeBron James about his favourite football players the firmer Miami Heat star responded ‘Every player on Liverpool. Straight up, every player on Liverpool.’ The Lakers star continued further as he picked friend Cristiano Ronaldo and Neymar as some of his preferred footballers. ‘Mbappe, Neymar, Ronaldo (Cristiano), those guys are legends, man. I love those guys’ he added. Two LA Lakers Players, Boston Celtics’ Marcus Smart Tested Positive for COVID-19.

LeBron James has played for a number of teams over the years and when asked whether he plans on leaving the Lakers in near future he replied ‘I’ll tell you one thing, right now I don’t want to go anywhere besides be here, Laker for the rest of my life.’ Beside from LA Lakers, James has played for some heavyweights in NBA which includes the like of Cleveland Cavaliers and Miami Heat.

LA Lakers on Friday announced that two player’s from their team have been tested positive for COVID 19. The two Lakers along with Boston Celtics Marcus Smart were the latest players to test positive for the virus. The tally of confirmed coronavirus cases in NBA has risen to 14, which started when Utah Jazz star Rudy Gobert was tested positive.