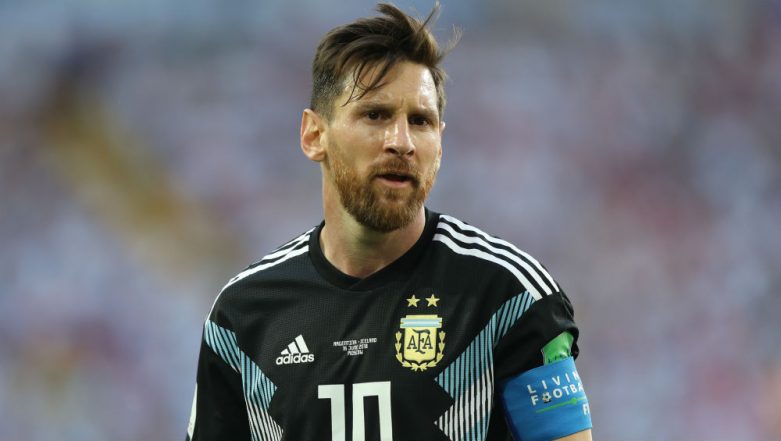 Salvador (Brazil), June 17: Argentine superstar Lionel Messi worked out at the gym alongside the rest of the players who started in their 2-0 loss to Colombia during their 2019 Copa America opener.

Of the starters, only winger Angel Di Maria, who played the first half, and goalkeeper Franco Armani practiced on the pitch at Club Vitoria's training camp located in the Brazilian city of Salvador late on Saturday. Copa America 2019 Schedule in IST, Free PDF Download: Get Fixtures, Groups and Time Table With Match Timings and Venue Details of Football Tournament in Brazil.

The Argentine media questioned coach Lionel Scaloni's strategy as well as the inefficiency of the attacking trio of Messi, Di Maria and Sergio Aguero. Aguero was one of the players who worked out at the facility, according to Argentina football federation officials, along with Nicolas Otamendi, German Pezzella, Nicolas Tagliafico, Giovani Lo Celso and Leandro Paredes.

The training session was open to the media for the first 15 minutes, during which Scaloni delivered a speech to the team members on hand. Then, the players did stretching exercises and trained with the ball.

Argentina is set to travel on Sunday to Belo Horizonte, where it is scheduled to play Paraguay on Wednesday in a decisive match to keep alive its hopes of qualifying for the quarter-finals.