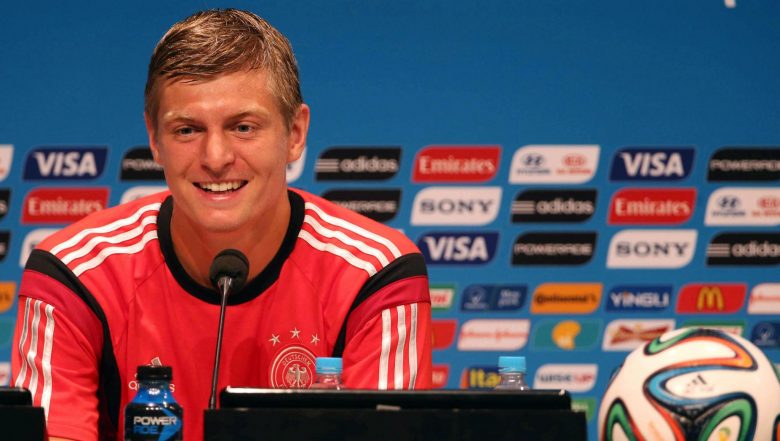 Madrid, May 20:  Real Madrid midfielder Toni Kroos has signed a contract extension that is set to tie him to the club for four seasons, the La Liga side said on Monday. The 29-year-old German international had three years left on his deal but will now stay a further season until 2023 at the club which is presided over by Florentino Perez, reports Efe news.

"Real Madrid and Toni Kroos have come to an agreement on a contract extension which will see the player linked to the club until 30 June, 2023," the club said in a statement. The former Bayern Munich player joined Madrid in 2014, made 233 appearances and won 12 trophies during his five-year spell, including three UEFA Champions League titles, three UEFA Super Cups and a La Liga crown. Kroos Pens New Real Madrid Deal Until 2023.

He played in 28 La Liga games and eight in the Champions League this season. This is the first move that Madrid has made so far this summer as head coach Zinedine Zidane undertakes to rebuild his squad after a disappointing season in which it was eliminated from the Champions League and the Copa del Rey, while it only managed to finish third in La Liga's end-of-season standings.

Madrid ended its La Liga season on Sunday with a 2-0 loss to Real Betis to be 19 points away from leader Barcelona. Kroos had his first appearance with the Spanish club in the 2014 Super Cup 2-0 win over Sevilla, a month after he lifted the 2014 FIFA Brazil World Cup with Germany.