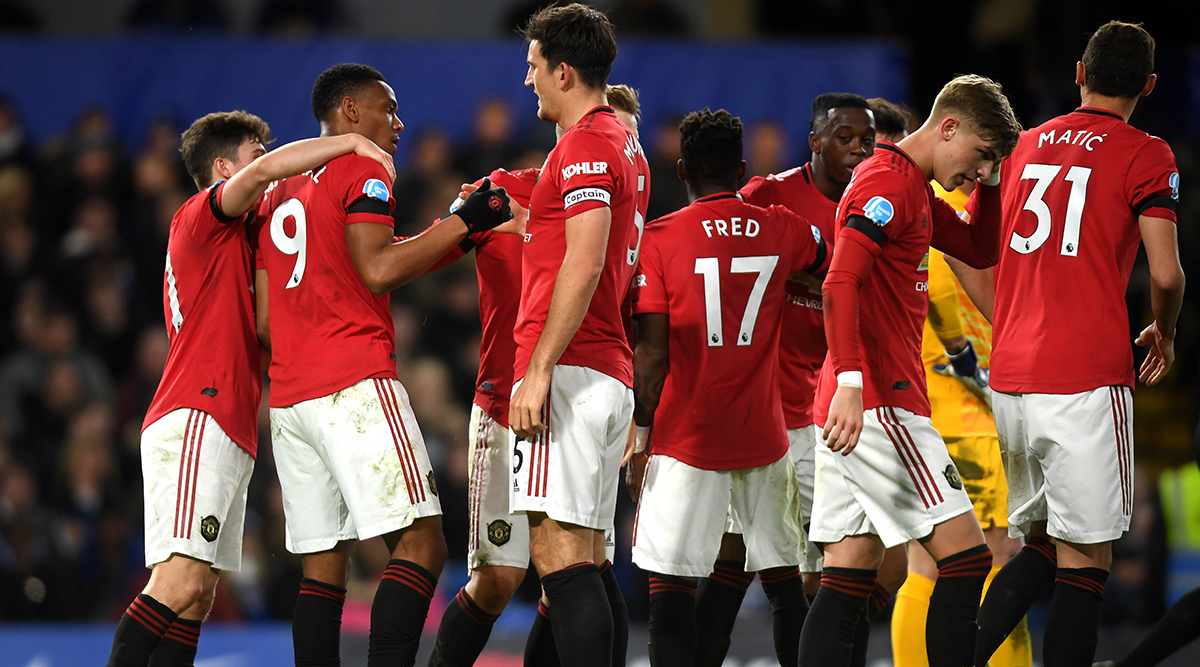 Nyon, February 28: Manchester United will meet Austrian club LASK in the last 16 of the Europa League, while Wolves were pitted against Olympiakos in Friday's draw in Nyon. United, who lifted the trophy in 2017, are one of six former champions left in the competition. The first leg will be played in Linz on March 12 with the return a week later at Old Trafford.

Austrian league leaders LASK made their group stage debut this season and secured a 3-1 aggregate win over Dutch outfit AZ Alkmaar in the last 32. Wolves progressed to the last 16 of a major European competition for the first time since finishing runners-up in the UEFA Cup in 1971-72, after overcoming Spanish strugglers Espanyol. Manchester United vs Club Brugge, UEFA Europa League 2019–20 Live Streaming Online: Where to Watch MUN vs BRU Round of 32 Match Live Telecast on TV & Free Football Score Updates in Indian Time?.

Nuno Espirito Santo's side will take on an Olympiakos team that shocked Arsenal in the last round, the Greeks advancing on away goals following a 2-1 extra-time victory in London.

The Italian government ordered Inter's return fixture against Bulgarians Ludogorets on Thursday be played in front of an empty stadium because of the spread of coronavirus, which has particularly hit the northern Lombardy region of which Milan is the capital.

Eintracht lead 4-1 on aggregate ahead of Friday's second leg, which was pushed back 24 hours due to a storm warning and the forecast of dangerously high winds in Austria. The Swiss government has imposed a ban until March 15 on large-scale events involving more than 1,000 people as part of measures to contain the spread of the coronavirus. Basel are scheduled to host the return leg four days later. The final will be played in the Polish city of Gdansk on May 27.