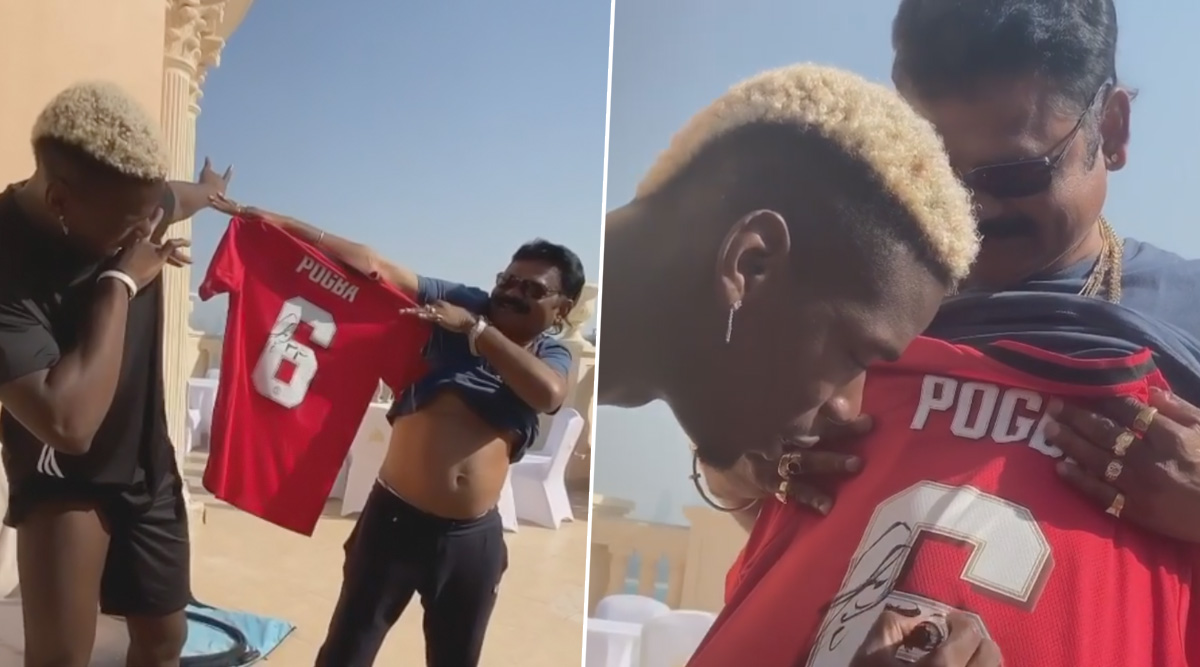 Manchester United Superstar Paul Pogba is currently out inured as he is recovering from an ankle injury and hasn’t played for the Red Devils since late December. The French midfielder is currently recovering in Dubai where he recently met Indian Instagram star Just Sul as the duo spent some quality time together. Just Sul is a mechanical and electrical engineer from Mumbai who rose to stardom with his witty Instagram and vine videos. The internet sensation trademark move is mimicking celebrities such as Cristiano Ronaldo, Tupac, The Weekend and various others. Manchester United Manager Ole Gunnar Solskjaer Hits Out at Paul Pogba’s Agent Mino Raiola.

The French World Cup winner shared a video on his Instagram account with Just Sul where he could be seen signing a Manchester United jersey by keeping it on the bare stomach of the internet sensation. The 26-year-old surely had a great time as he captioned his post ‘this guy is just too FUNNY’. Sul, who lives in UAE and has found stardom in the last five years wrote ‘Man Sulnited! Thank you world champ for signing your shirt on my belly and wish you speedy recovery - your team needs you!’Neymar Reveals His Five-a-Side Dream Team With Lionel Messi and Paul Pogba.

Man Sulnited 👹⚽️🇫🇷🏆 thank you world champ for signing your shirt on my belly and wish you speedy recovery - your team needs you! @paulpogba ❤️ #Pogback

Paul Pogba is still out of action but is expected to make a return to competitive action next month. Though the Frenchman has often said that he would like to continue his future at the English club has always been in doubt. Recently his agent Mino Raiola, launched an attack on United manager Ole Gunnar Solskjaer ahead of the clash against Chelsea saying ‘Paul is not mine and for sure not Solskjaer’s property, Paul is Paul Pogba’s. You cannot own a human being already for a long time in the UK or anywhere else.