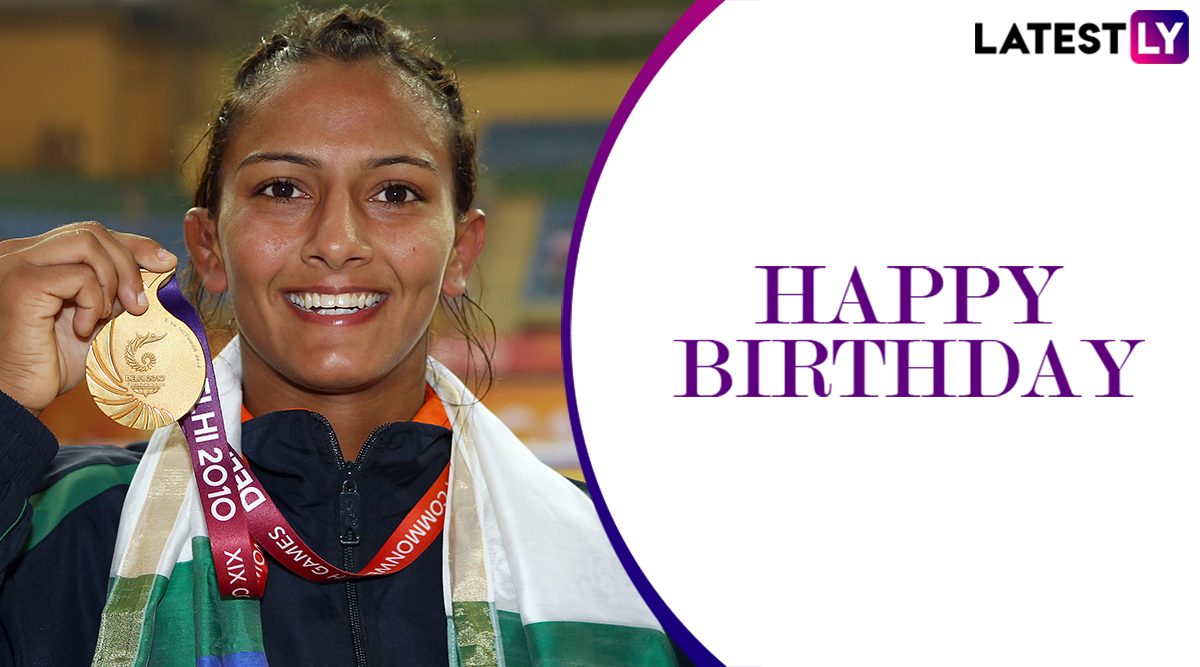 Geeta Phogat celebrates her birthday on Sunday, (December 15). The star Indian wrestler turns 31 years old. Geeta Phogat is India's first wrestler to win a gold medal in Commonwealth games. She won it during CWG 2010 in Delhi. Her achievements in the sport of wrestling were highlighted in Aamir Khan's starer film Dangal, which was released in December 2016. Geeta Phogat, with the support of her father and coach Mahavir Singh Phogat, has brought multiple laurels for the country in the sport of wrestling. As the Indian wrestler Geeta Phogat celebrates her birthday on Sunday (December 15), here we will look at five lesser-known things to know about her. Along with lesser-known things, we will also take note of Geeta Phogat's achievements in wrestling so far. Commonwealth Games 2018: Geeta Phogat Expresses Dismay as Parents Denied Tickets For Sister Babita Phogat's Bout.

Geeta Phogat has won 8 medals in wrestling so far. She mostly plays in the 55 kg category. Other than wrestling, she has also been part of television shows like Fear Factor and Nach Baliye. While she was a contestant in Fear Factor in 2017, she made a  guest appearance in the dance reality show Nach Baliye in 2019. Below are five lesser-known things to know about Geeta Phogat. Vinesh is One of India's Finest Female Wrestlers, Says Geeta Phogat.

1. Geeta Phogat is India's first female wrestler to qualify for the Olympic Games. She participated in the Summer Olympics 2012.

2. She was born in Haryana's Charkhi Dadri district, which is one of the 22 districts part of Indian State of Haryana.

3. Her father Mahavir Singh Phogat is a former wrestler and a Dronacharya Award recipient.

Below are Geeta Phogat’s top achievements in wrestling so far.

Geeta Phogat has brought many laurels for India at the global stage in wrestling. Her father Mahavir Singh Phogat made a lot of efforts behind her wrestling career. He himself trained her during childhood and younger days. Phogat sisters are almost considered as the pioneers of women's wrestling in India. Happy birthday Geeta Phogat and live a long life.