A group of Kabaddi players from India landed in Pakistan on January 8 to participate in its first 'Kabaddi World Cup 2020' without clearance from India's Ministry of Youth Affairs and Sports. 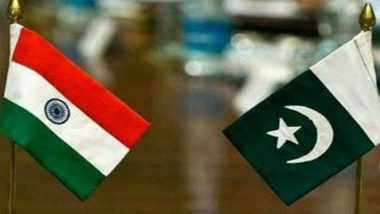 New Delhi/Islamabad, February 10: A group of Kabaddi players from India landed in Pakistan on January 8 to participate in its first 'Kabaddi World Cup 2020' without clearance from India's Ministry of Youth Affairs and Sports. The participation of about 60 circle kabaddi players, said to be mostly from Punjab, has trigerred a row as the Indian Olympic Association (IOA) and the Amateur Kabaddi Federation of India (AKFI) have not approved their tour. India, Pakistan Swap List of Fisherman and Civilian Prisoners in Each Other's Custody: MEA.

Asserting that the group doesn't represent India officially, IOA chief Narinder Batra said they (Kabaddi players from India) cannot use the word "India" under their banner as they have not been approved by the AKFI, the apex body for the sport in the country. "The IOA has not approved and it has also not been approved by the federation so I don't know who has gone. Whether 60 or 100 have gone, I have no idea," Batra told IANS. India, Pakistan Exchange List of Nuclear Installations, Facilities.

The "unofficial" Indian Kabaddi team reached Lahore through the Wagah Border to take part in the championship, which is being hosted for the first time in Pakistan. All the six previous editions of the 'Kabaddi World Cup' were held in India between 2010 and 2019 where the hosts emerged victorious on all occasions. Justice (Retd) SP Garg, the administrator of AKFI, also said that he had no information about any team to have gone to Pakistan.

"No permission was ever granted by AKFI to any team to go to Pakistan and play any kabaddi match there. We came to know about it only after information was sought," Garg said in a statement. "AKFI does not support any such activity. Legal action may be taken against the defaulters," he added. According to the organisers of the Kabaddi World Cup 2020, teams from 10 nations, including India, are taking part in the event being organised in three cities.

(The above story first appeared on LatestLY on Feb 10, 2020 12:59 PM IST. For more news and updates on politics, world, sports, entertainment and lifestyle, log on to our website latestly.com).