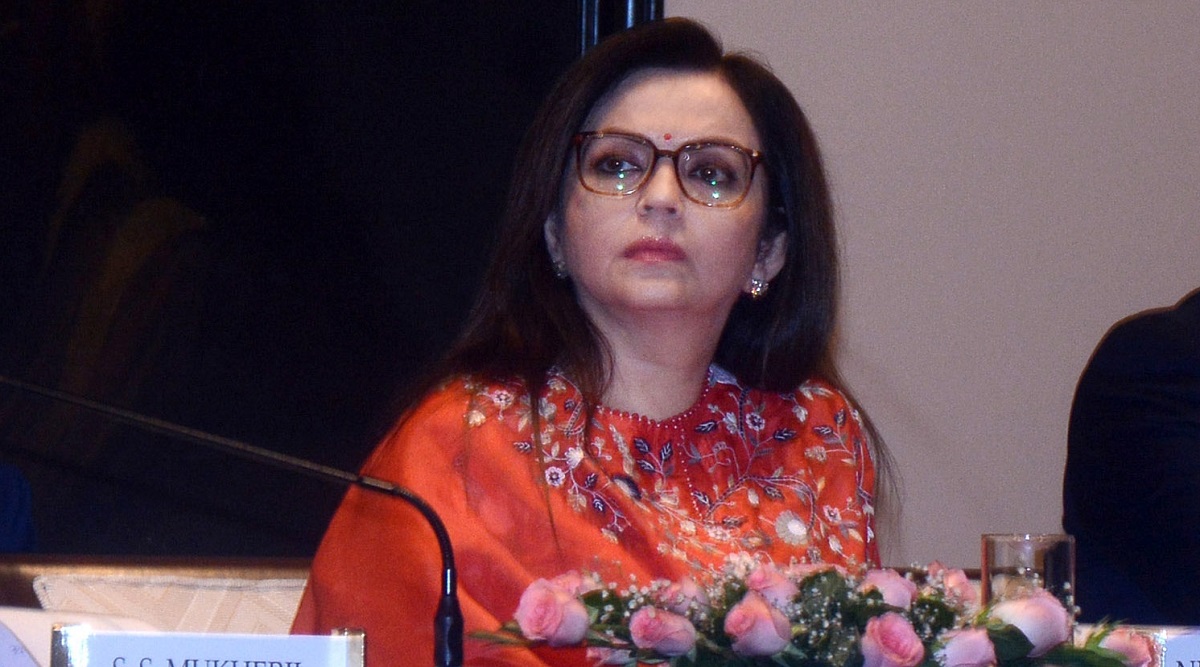 Lausanne, January 12: International Olympic Committee member and Reliance foundation chairperson Nita Ambani on Sunday caught up with India's first and only individual Olympic gold medallist Abhinav Bindra during the Winter Youth Olympic Games here. Nita Ambani, the owner of Indian Premier League franchise Mumbai Indians, also tweeted a picture of the duo. She is the first Indian woman to be part of the world body.

Nita Ambani, who is the only individual member from India, will be at the world body until she attains the age of 70, IOC had announced in 2016. India's champion shooter Bindra was also appointed as a member of the International Olympic Association's Athletes' Commission last year. Nita Ambani Thanks Lord Ganesha at Siddhi Vinayak Temple For Mumbai Indians IPL 2019 Final Win.

This feat was another achievement for the 2008 Olympics gold medallist Bindra -- who was elected the chairman of International Shooting Sport Federation's (ISSF) Athletes Committee in 2014, making him the first Indian to receive the honour. The 2020 Winter Youth Olympic Games started on January 9 and will go on till January 20. This is the third edition of the Winter Youth Olympics.