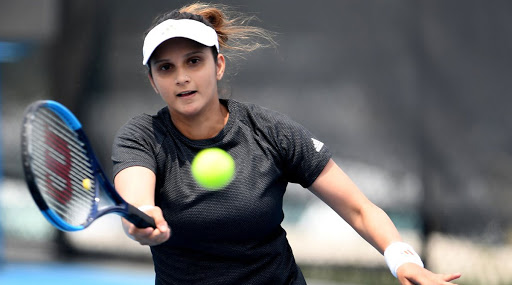 Sania Mirza continued her fantastic form with yet another win at the Hobart International 2020 after returning to the WTA circuit earlier this week. The Indian tennis star carried on her winning momentum as she and her partner Nadia Kichenok got the better off Americans Christina McHale and Vania King in the women’s doubles category of the tournament and advanced to the semi-finals. Just like their last match in the competition this game was an intense affair as it went into the tie-breaker which the Indian-Ukrainian pair won with ease. Sania Mirza Named in Indian Fed Cup Squad.

Sania Mirza made her return to competitive action after a hiatus which lasted for over two years and has now recorded a win in the quarter-finals of the ongoing Hobart International. The former World No 1 partnering Nadia Kichenok defeated the United States duo of Christina McHale and Vania 2-6, 6-4 (10-4) in the second round of the tournament. The American pair won the first set but the Indo-Ukrainian duo rallied back to take the second set and took the game into a tie-breaker. Mirza and Kichenok were way too good for their counterparts in the tiebreak as they prevailed 10-4 to win the match. The duo will now face Slovenian-Czech pair of Tamara Zidanesk and Marie Bouzkova in the semi-finals who defeated Cornelia Lister and Sabrina Santamaria of Sweden and United States respectively. Sania Mirza Makes Much-Awaited Comeback After Two Years With Doubles Win at 2020 Hobart International.

Sania Mirza returned to action for the first time since 2017 as she had taken a break from the game first due to injury and then to give birth. The 33-year-old will continue playing and will take part in the upcoming Australian Open, starting from January 20, 2020, where she will partner another Indian tennis professional and former World No 3 Rohan Bopanna in the mixed doubles category.