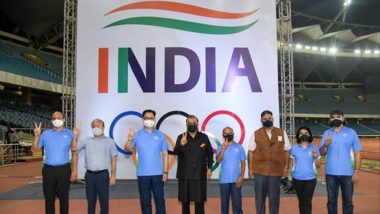 Union Minister for Youth Affairs and Sports Shri Kiren Rijiju launched the official theme song of the Indian Olympic Team of Tokyo 2020 Olympic Games on the occasion of Olympic Day in New Delhi. On this occasion Secretary, GoI, Ministry of Sports Shri Ravi Mittal, IOA President Shri Narinder Batra and Secretary-general Shri Rajeev Mehta and DG SAI Shri Sandip Pradhan and other officials were also present.  The song has been composed and sung by popular playback singer Mohit Chauhan and lyrics are penned by his wife Ms. Prathna Gahilote. 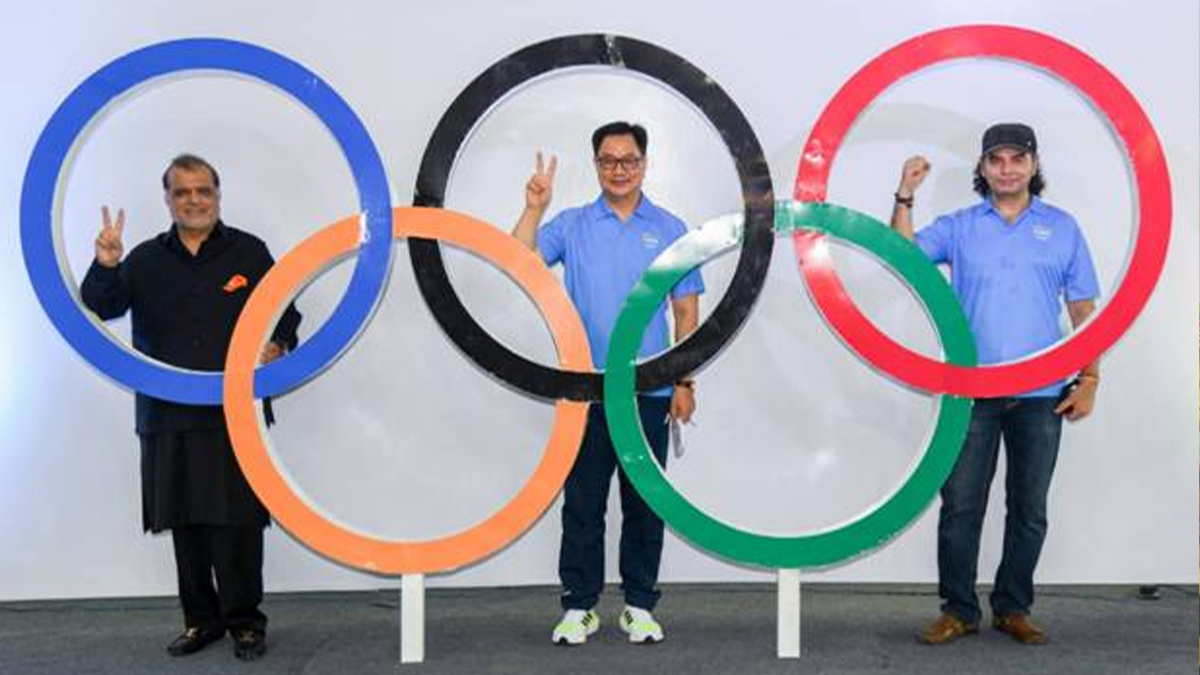 Launching the Theme Song, Union Sports Minister, Shri Kiren Rijiju said, “It is the vision of the Prime Minister Shri Narendra Modi that the entire nation must come together to support and motivate Indian athletes going to Tokyo Olympics. The launch of the official Theme Song today is a step in that direction. The high energy song composed and sung by Mohit Chauhan encapsulates the spirit of every athlete's dream to bring glory for the country at the highest podium. The Sports Ministry has launched a nation-wide #Cheer4India campaign through various activities like quizzes, selfie points, debates and discussions on Olympics. I urge every Indian to come forward and join in this movement to cheer for India's top athletes as they put their best to bring glory to India”. 'Tu Thaan Ley': Tokyo Olympics 2020 Official Theme Song For Indian Contingent Released (Watch Video). 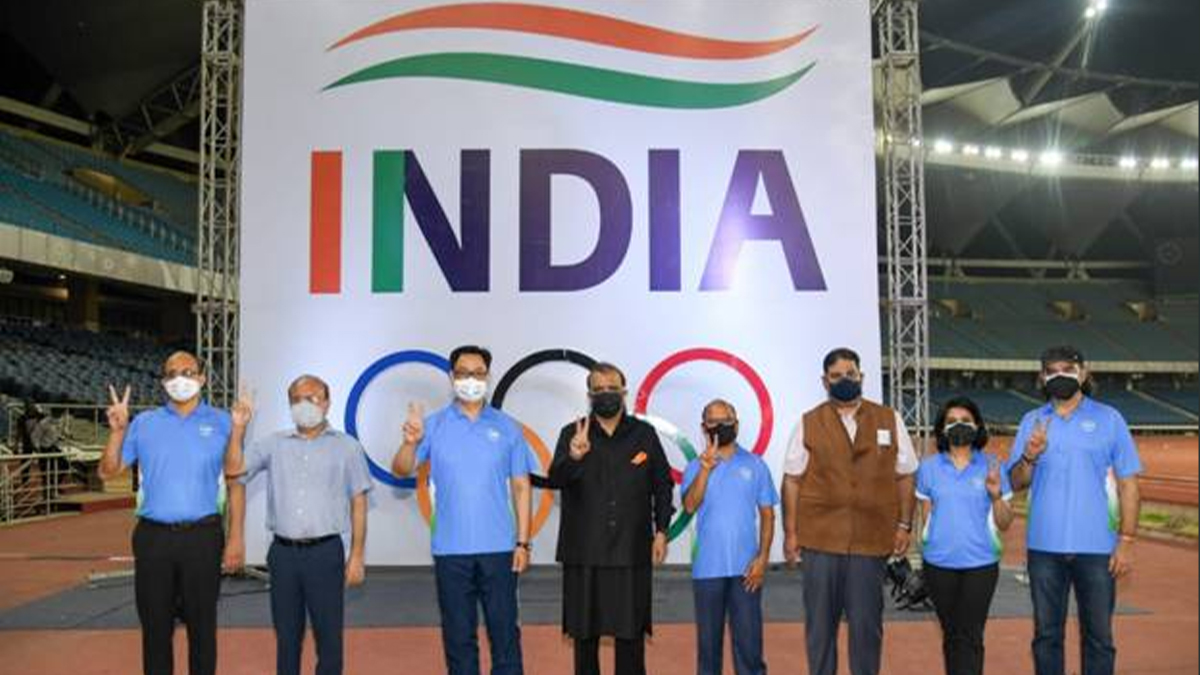 IOA President Dr. Narinder Dhruv Batra said, “With the launch of the theme song, I want all our athletes to know, this is not only an inspirational song. It is the resonation of 1.4 billion prayers behind you, and I strongly believe that you will give your best and bring glory to our nation.”

Delivering vote of thanks at the launch ceremony, IOA Secretary General, Mr. Rajeev Mehta said, “The Theme Song is quite motivating and I hope it will bring a great deal of enthusiasm and energy for athletes to do well at the Games. On behalf of IOA, he thanked Mohit Chauhan for composing the awe-inspiring Theme Song for the Indian Contingent, who are set to represent the country at the Tokyo Olympics.” So far athletes from 15 disciplines have qualified for the Olympics and I’m hoping more to join them. In terms of the medal tally, we are excepting a rich count, Mr. Mehta concluded. 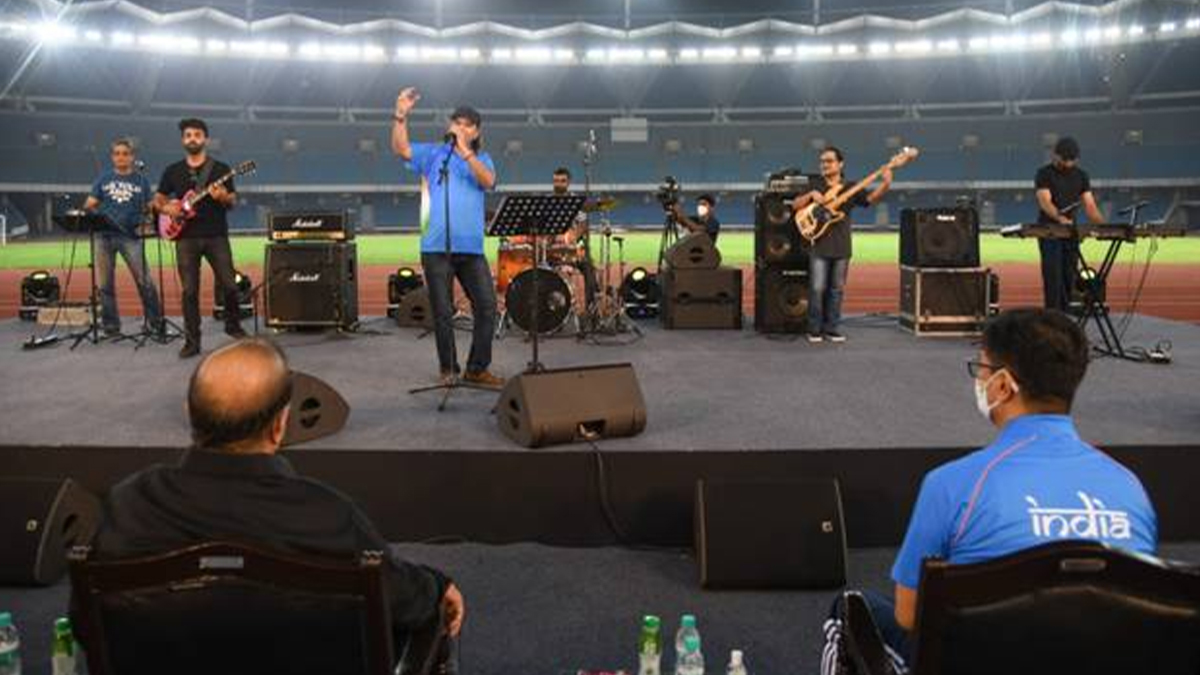 Mr. Mehta also announced IOA’s partnership with former Indian Badminton player and Chief National coach of the Indian Badminton team, Pullela Gopichand and ‘Dhyana’ Sports to provide a wearable meditation devices for all the athletes and every member of the Indian contingent to Tokyo, to help the athletes keep their minds fit and happy while they are in isolation at the Olympic Village in Tokyo.

(The above story first appeared on LatestLY on Jun 24, 2021 01:11 PM IST. For more news and updates on politics, world, sports, entertainment and lifestyle, log on to our website latestly.com).