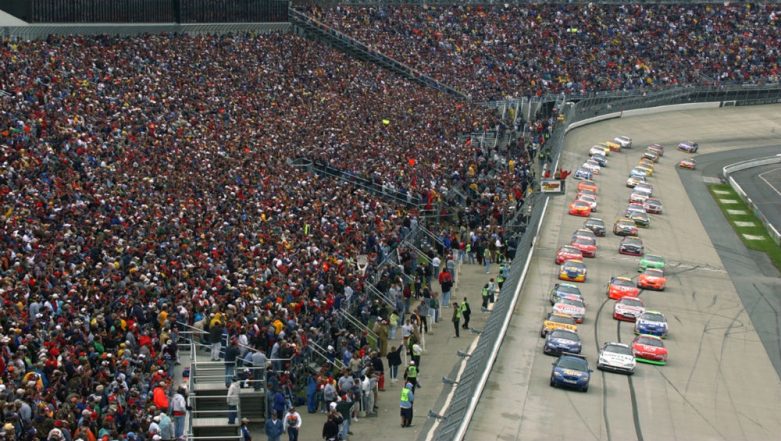 India’s top international car racers Armaan Ebrahim (29) and Aditya Patel (29) join hands to bring a custom-made two-seater sports car racing league to India in the first quarter of next year. The Xtreme1 Racing League or X1 Racing League will be held in a mix of track and street circuits. The league will include eight (8) city-based franchise teams, each comprising of 2 cars and 4 drivers.

The X1 Racing League is backed and sanctioned by the Federation of Motor Sports Clubs of India (FMSCI), the governing body of motorsports in the country. The league has entered into a long-term partnership with the federation to promote motorsports in India and nurture Indian talent. This move also ensures the stability and commercial viability of the league.

Top drivers in the fray

Vitantonio Liuzzi‏, the Italian racing driver who drove in the F1 for Torro Rosso, Red Bull and Force India said “X1 Racing League is a very innovative league format and will surely be great for Indian motorsports. The league has several unique propositions and I am looking forward to it. It will be exciting to drive as a team were not just speed, but strategy becomes supremely important.”

In a strong move towards the inclusion of women in motorsports in India and pushing the theme of gender neutrality in sports, female drivers will race along with male drivers in this first-of-its-kind format.

Pippa Mann, the famous British women driver who drives in the IndyCar Series said “I’m always interested in opportunities that help promote equality in motorsport, so I was impressed with the idea and vision behind the X1 Racing League. In a moment in time where most people with funding seem to want to segregate female racers, it was refreshing to be approached by a championship that wants to help not only nurture up and coming Indian talent, but also be at the forefront of trying to create more opportunities for female racers in an equal environment.”

The league aims to discover India’s next racing superstar by providing equal opportunities to rookies and national champions through a platform where they compete with the best in the world.

Anindith Reddy, the national racing champion said “I am very excited about the X1 Racing League, not just because of the concept and format but also because I've known Armaan and Aditya since the time I got into racing. The league provides a platform for upcoming drivers and many aspiring race drivers to compete with the best in the world and learn from them. Many of us who started racing as enthusiasts can now consider a professional career in motorsports that is not dependent on individual sponsorships."

Races will take place on Saturdays and Sundays on four consecutive weekends in Q1 2019. Each race will be of 45 minutes duration and there will be three races per day, with innovative race formats. Noida’s Buddh International and the MMRT in Chennai are the obvious candidates for the track venues and the street races will be held in Hyderabad, Bangalore, Chandigarh, and Mumbai, like the layout of the Monaco and Singapore F1 races.

The League aims to bring racing to the people through city races and promote responsible driving and road safety. The league has already submitted the circuit layouts to the international federation for approvals, indicating its intent to ensure compliance to safety procedures and regulations.

Besides the four weeks of the main league, the X1 Racing League will run a year-long domestic season of over 12 races with the Indian drivers and the "patron's seat", scoring points for the team throughout the year. Patron's seat equips team owners to race for their team or appoint someone to race on their behalf.

While the made-in-India car aims to empower India's automotive engineering expertise, the league has a well-defined ethos and intends to break the myths around motorsports like:

2) motorsports is dangerous by having regulated races in highly secure and controlled environment, and 3) motorsports is for men by the inclusion of women across various aspects from the actual racing to the engineering.

The league will comprise 8 city-based franchises and are in extensive discussions with many prospects. The league will announce the process of owning a team shortly.

The league's ethos of providing equal opportunities to upcoming race drivers and gender neutrality through the inclusion of women drivers is quite a headline and I fully support their vision. This will surely encourage young Indian motorsports enthusiasts and in particular, women to take this sport as a professional career choice.

Commercially, this product has the potential to deliver high ROI to all stakeholders and is a great way to promote road safety through motorsports in India. We wish the X1 Racing League a very successful launch and extend my full support."

Akbar Ebrahim, President of the FMSCI said: "The launch of the X1 Racing League promoted by the Racing Promotions Group based in India is indeed good news for Indian Motorsport. The city/club-based franchise league for 4W is an exciting concept and is sure to attract a large following across the board. The league will surely generate a lot of interest not just for the National and International drivers, but also for the Franchisees, Brand Ambassadors, Media, and Spectators.

The league promises to give opportunities to young Indian drivers to rub shoulders with famous International drivers and compete with them on an even platform. And with a solid media plan in place, the talented young drivers from India will find that this like the IPL will become an ideal platform for the world to recognize their talents.

Another import aspect is the promotion of women in Motorsport. Each team will have one Woman driver of International experience, who will be paired with an Indian International driver. The performances of these drivers will surely give a huge boost to the interest levels of our Indian women drivers who can start to aspire to get selected in the future to represent one of the teams.

And finally, the most exciting aspect of the league is that it proposes to run 2 of the 4 rounds in 2019 on street circuits. This will be a big breakthrough, as a street circuit takes the sport to the masses and thus automatically helps build the interest and following in the sport."

Armaan says, “Team owners in X1 are guaranteed high-visibility and potentially high-ROI due to the sound commercial model of ownership of the teams, and also revenue distribution of the league. At 6.5-7Cr per year all-inclusive, ownership is priced super competitively as all aspects are managed centrally to optimize and streamline the costs.”

Aditya says, “Armaan and I have been discussing the concept of a Motorsport league for a couple of years now and we're excited to finally be able to get our idea of the ground and to the market. We believe that our concept will change the way people look at Motorsport, not just in India but all over the world as well. We thank the FMSCI for their support of the league and backing our vision. We cannot wait for the Indian audiences to experience motorsports like never before.”

Investors in the company include top venture funds and family offices in India.