Apple, the Cupertino based smartphone manufacturer, is expected to launch its iPhone 13 Series globally this September. Ahead of the launch, a tipster 'Svet Apple' has revealed several key specifications of the upcoming iPhone 13 Mini phone.

Apple, the Cupertino based smartphone manufacturer, is expected to launch its iPhone 13 Series globally this September. Ahead of the launch, we have come across several rumours about iPhone 13 and now a tipster 'Svet Apple' has revealed several key specifications of the upcoming iPhone 13 Mini phone. As per the tipster, the iPhone 13 Mini will come equipped with a different camera module that will comprise two camera sensors placed diagonally. This module will be different than we see on the iPhone 12. The reason for the change in the camera module could be to make a way for sensor-shift optical image stabilisation and a new design. Apple iPhone 13 Series Likely to Come with LiDAR Sensors: Report. 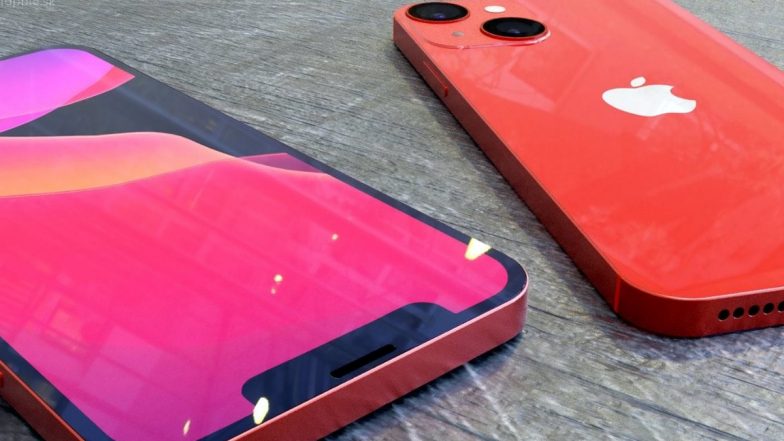 Another change we could see in iPhone 13 Mini is a smaller notch which is highly anticipated in the upcoming iPhone Series. The phone is expected to come with a 5.4-inch screen. Apple analyst Ming-Chi Kuo has revealed that the upcoming iPhone 13 Mini will be the last 'Mini' in the iPhone Series as the iPhone 12 Mini failed to make its name in the market and lacked decent sale numbers. 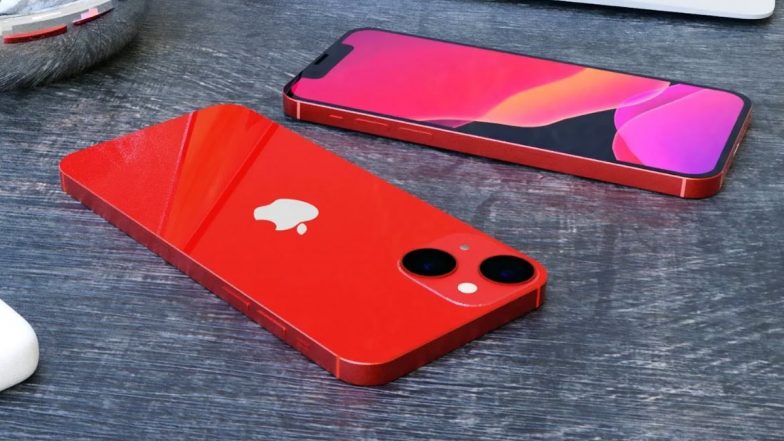 Apple iPhone 13 Series will comprise of iPhone 13 Mini, iPhone 13, iPhone 13 Pro and iPhone 13 Pro Max. Apple's upcoming phones are rumoured to come with minor design changes, improved cameras with a focus on zooming capabilities, bigger batteries, A15 Bionic chipset, iOS 15 and more. The Pro models of the iPhone 13 Series are likely to sport LTPO display technology with the support of a 120Hz refresh rate in a combination of Face ID and Touch ID. However, all these are speculations and we expect the company to start teasing its upcoming phones in the coming months.

(The above story first appeared on LatestLY on Apr 15, 2021 03:47 PM IST. For more news and updates on politics, world, sports, entertainment and lifestyle, log on to our website latestly.com).