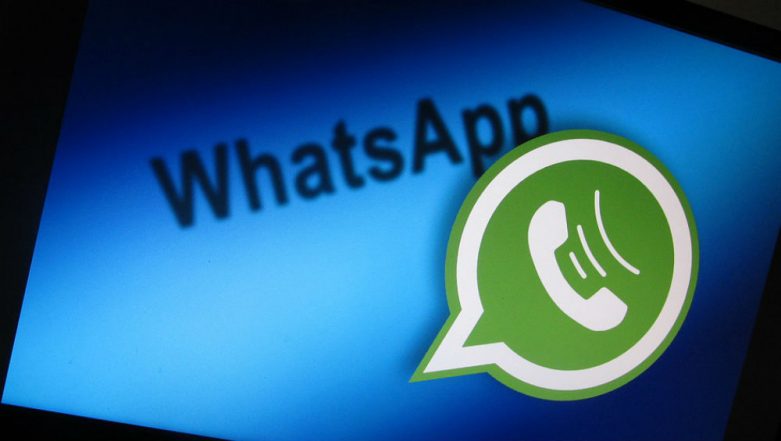 Mumbai, January 8: In a shocking revelation by Israel’s online safety startup AntiToxin Technologies, WhatsApp is being used to circulate child pornography in India. In the survey by the company, it was found that several Indian WhatsApp users and WhatsApp groups are spreading child pornography hiding behind the company's end-to-end encryption, reported Economics Times. AntiToxin Technologies conducted its research on public WhatsApp groups.

Company’s CMO Roi Carthy told ET, “We did, in fact, find Indian users and groups that were disseminating child pornography. I don't have an exact number, but there was a considerable amount of participants with "+91" as the (India) international access code for the phone numbers that identified them as participants in these groups.” WhatsApp Fake Message: Government Seeks More Stern Action on WhatsApp Hoax; Forwarding Limit Likely to Be Enforced.

According to the report, it has become easier to become a member of such groups as you only need an invite link. Meanwhile, WhatsApp is deploying technology, including artificial intelligence to scan profile photos and actively ban accounts suspected of sharing this offensive content, reported Business Today. How to Stop Fake WhatsApp Messages? Union IT Minister Ravi Shankar Prasad Holds Meeting in Delhi to Find Ways.

Meanwhile, in July last year, WhatsApp introduced a feature to label forwarded messages for the Indian users to curb on the fake news. This new feature will help people to distinguish between fake news, rumours, other misinformation spread via WhatsApp. According to the messaging application, this additional context will help people to understand the origin of the message in both chats as well as groups. It also lets the users determine, if the message was written by a friend or family or originally came from someone else.