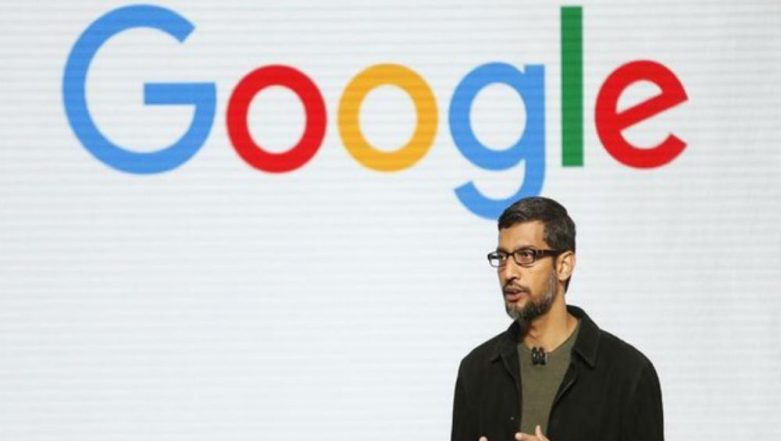 New York, May 9: Privacy cannot be a "luxury good" that's only available to people who can afford to buy premium products and services, Google CEO Sundar Pichai has said. In an op-ed written for The New York Times, Pichai defended his company's approach to privacy and users' data. Google has been facing questions about the collection of its users' location data. Google I/O Conference 2019: Google Pixel 3a, Augmented Reality, NestHub and More.

"Privacy must be equally available to everyone in the world, Google's approach is to make privacy more democratic," Pichai wrote on Tuesday.

"People today are rightly concerned about how their information is used and shared, yet they all define privacy in their own ways. I've seen this firsthand as I talk to people in different parts of the world.

"Privacy is personal, which makes it even more vital for companies to give people clear, individual choices around how their data is used," wrote Pichai. Cheaper Google Pixel 3a, Pixel 3a XL Smartphones Launched at $399 & $479 During Google I/O 2019: Report.

At its annual I/O developer conference this week, Google has announced a slew of additional privacy and security tools for its users across products and platforms.

"For everyone" is a core philosophy for Google; it's built into our mission to create products that are universally accessible and useful. That's why Search works the same for everyone, whether you're a professor at Harvard or a student in rural Indonesia," Pichai noted. He also called on the US to introduce a new legislation for protecting users' data. "Legislation will help us work toward ensuring that privacy protections are available to more people around the world," Pichai added.