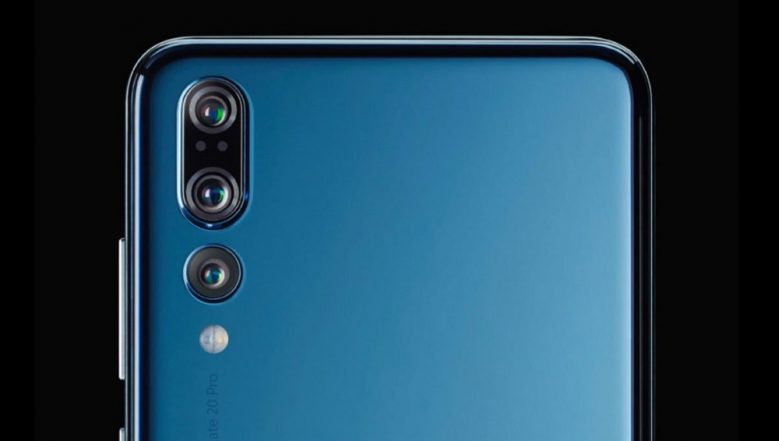 Huawei, a popular Chinese smartphone maker is gearing up to launch its new flagship smartphone – Huawei P20 in the global market soon. Several market reports claim that Huawei’s upcoming flagship model will be offered with multiple camera sensors. Expected to be launched in next couple of months, the Huawei P30 phone is expected to proffer excellent camera performance. Huawei Nova 4 Smartphone With Triple Camera & Kirin 970 SoC Launched in China at RMB 3099.

Previously, it was reported that Huawei P30 Pro smartphone will be offered with four rear cameras, however, there was no concrete information about P30 smartphone until now. As per the latest report, it is speculated that Huawei P30 will sport three camera modules at the rear. Talking about the triple camera module, the primary camera is likely to support a 40MP of maximum resolution, similar to the one that we have already witnessed on Huawei’s P20 Pro and Mate 20 Pro. Huawei's Top Executive Meng Wanzhou, Detained In Canada, Gets Bail Under Various Conditions.

Moreover, the telephoto lens on the triple camera module will be enabled for supporting 5X lossless zoom. Huawei is expected to use a new wide-angle this time around instead of monochrome sensor that are seen on P-series phones. The same report also highlighted that Huawei P30 smartphone will also be equipped with 24MP front facing camera for selfies and video calling. Moreover, the front snapper will also support several AI-based features.

As far as the specifications are concerned, there are not concrete details as of now. However, we speculate that the phone could be powered by Kirin 980, as it will be flagship model from Huawei. Moreover, the new flagship chipset is world’s first mobile processor manufactured by employing 7nm process. Additionally, the new octa-core chipset is claimed to offer 48 percent more performance and 178 percent more power management.