India is All Set to Become Crypto Powerhouse after China!

China's take on cryptocurrencies and blockchain technology has been unsteady, to say the least. The recent deregulation of cryptocurrency trading and exchange in China has raised more questions than it could answer. Especially considering the fact that China owns 60% of Bitcoin mining power and also, some of the biggest crypto exchanges in the world like Binance. 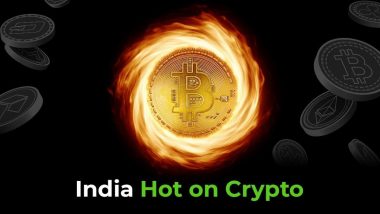 China's take on cryptocurrencies and blockchain technology has been unsteady, to say the least. The recent deregulation of cryptocurrency trading and exchange in China has raised more questions than it could answer. Especially considering the fact that China owns 60% of Bitcoin mining power and also, some of the biggest crypto exchanges in the world like Binance.

In India, the government has recognized the need for change and innovation in the cryptocurrency asset classes. It is evident from recent statements from the Finance Minister saying that the Government is open to allowing cryptocurrency-based activities. However, they are still under scrutiny by various authorities including the Supreme Court of India and Reserve Bank of India for better regulatory action. It was also made clear that while cryptocurrencies may face regulatory practices, there is no intent to ban them neither any plans to allow them as legal tender. Crypto can sit nicely in the middle grounds as an asset class.

One of the biggest challenges for India with an unregulated industry like blockchain is the matter of national security and the black economy. Unregulated finances are the key component in both these issues that India has struggled with for a long-time and couldn't solve completely to date. It has also led to some drastic measures like demonetization in the recent past impacting the whole nation.

Dev Sharma of Blockwiz, the Canada-based crypto marketing agency, commented, "Indian economy is considered among the fastest-growing economies in the world. It is important for the Government to tread carefully towards changes. However, the outlook of the authorities is commendable for the fact that they are allowing the crypto market to grow and evolve as they study it. This is a positive sentiment in itself since it shows that the intention here is to integrate crypto markets into the economy instead of cutting ties with them. India is on a path to extensive growth and so are crypto markets, it is only rational to connect the two economies for mutual benefit."

Being a fast-growing economy, India certainly cannot afford to miss opportunities and neither compromise on its security, be it national or economic. This is essentially the biggest challenge, to bring in regulations that mitigate risks without inhibiting growth in the sector.

Outlook to the Future

Even with an uncertain outlook of the government just a year back, Indian investment in cryptocurrencies grew from $923 million in April 2020 to nearly $6.6 billion by May 2021. Somewhere down the line, the largest democracy in the world has already voted in favor of cryptocurrencies. The Government of India had also commented positively about the potential of blockchain technology with programs aiming to generate native expertise in the technology. The skepticism over the currency is still under review but recent development looks positive.

Considering 65 Billion USD worth of assets are locked in DeFi lending, borrowing, and staking projects, India sees great potential in the sector. From industrialists to artists, everyone is looking into the technology for opportunities that the authorities haven’t unnoticed. Everyone in the world believes in blockchain technology to bring a revolution in many forms and India isn't going to miss on it.