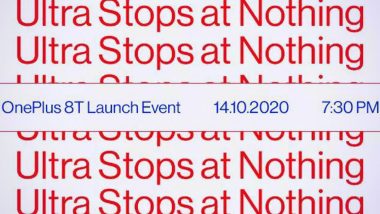 OnePlus, the Chinese smartphone manufacturer is ready with yet another flagship smartphone. Like every year, the phone maker will be launching 'T' variant of the new generation phone. Last week, the company confirmed that the OnePlus 8T will be launched in India soon. Now, the official launch date is out. The OnePlus 8T flagship phone will be launched in India on 14 October 2020. The launch event will be a virtual event which will be streamed online via OnePlus' official YouTube channel. The event is scheduled to begin at 7:30 pm IST. OnePlus 8T Flagship Smartphone Officially Teased Online; Likely To Be Launched on October 14.

The OnePlus 8T was expected to break covers this month. However, the launch got delayed because of the global pandemic situation. That's the reason why there is a slight delay in arrival. Also, the aftereffects of COVID-19 outbreak might have impacted the production. Nevertheless, we finally have the launch date of the phone.

The next addition to the OnePlus line up is ultra smooth, ultra fast and all things extreme. And, #UltraStopsAtNothing.

Get ready for the #OnePlus8T5G

We have already seen a bunch of leaks about the OnePlus 8T hinting towards the design and visual aesthetics. The upcoming OnePlus 8T is expected to get a different camera design compared to the OnePlus 8 series. It is likely to be offered in two storage options - 8GB + 128GB & 12GB + 256GB. 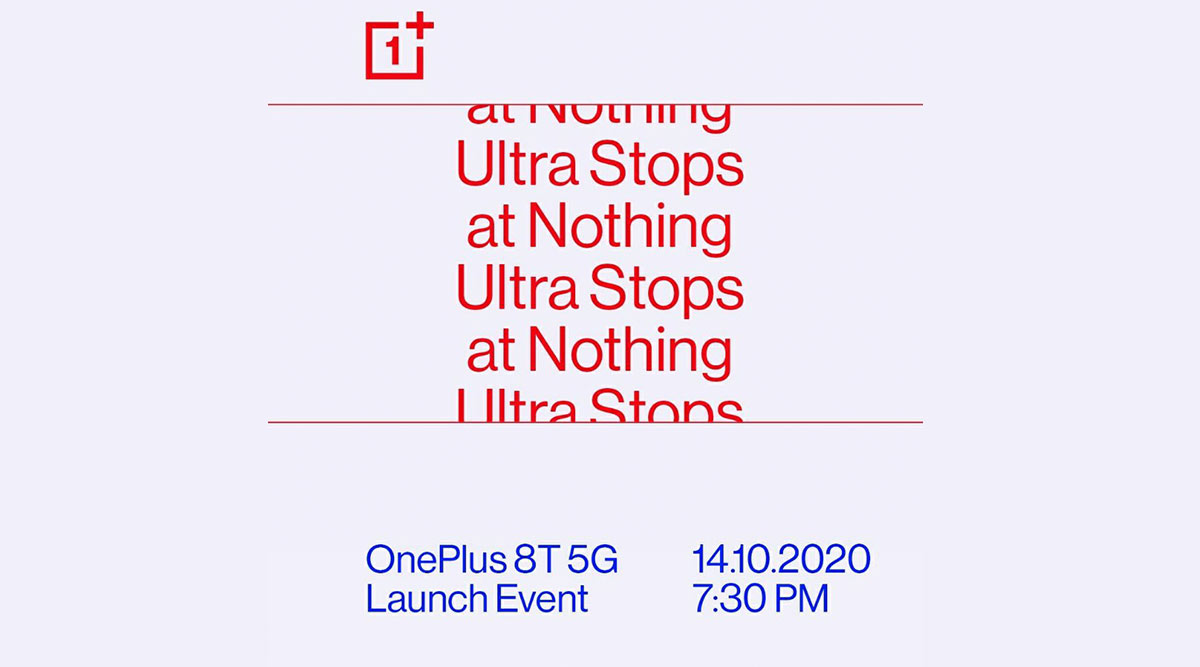 Specification-wise, the OnePlus 8T is expected to flaunt a 6.55-inch FHD+ display with 120Hz refresh rate. When launched, it will be the second phone from OnePlus to boast refresh rate of 120Hz. Under the hood, there will be an octa-core Snapdragon 865+ SoC mated with up to 12GB of RAM and up to 256GB of onboard storage. 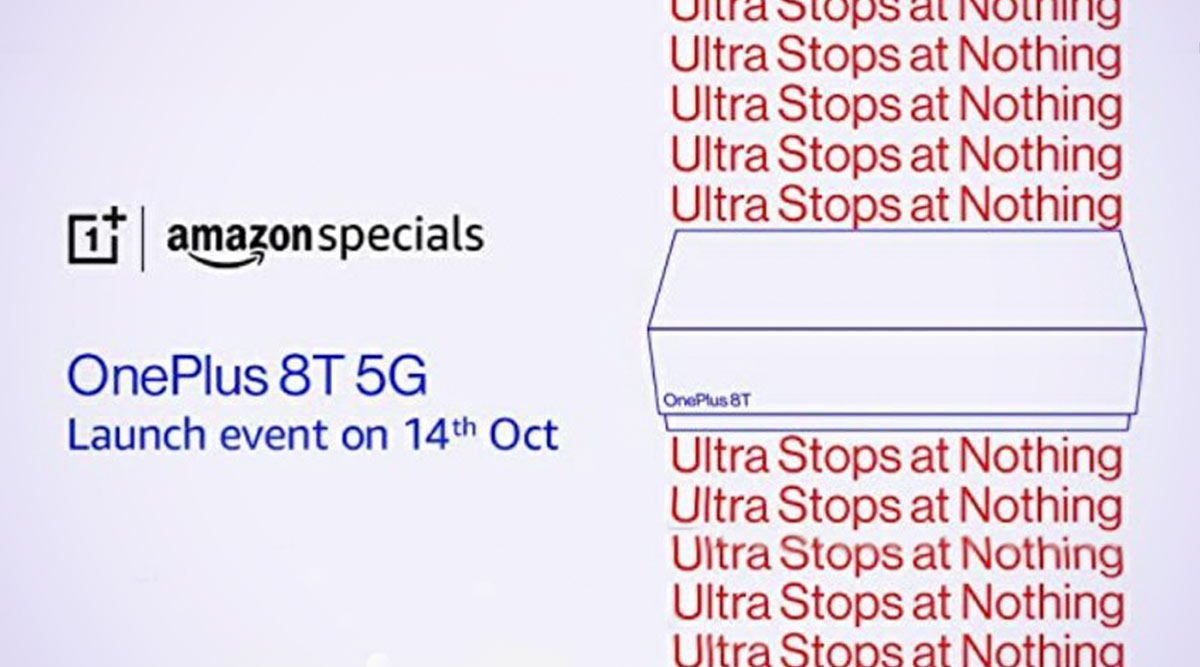 Coming to the camera department, there will be a quad-camera module that will be positioned on the left side. This will be something different from OnePlus as we have seen OnePlus 8 with a camera module mounted in the centre. It will be a 48MP primary shooter assisted by a 16MP ultra-wide-lens along with a 5MP macro lens and a 2MP portrait camera. At the front, there could a major leap from a 16MP to a 32MP shooter. The phone is rumoured to get a 4,500mAh battery with 65W fast charging. It will run on OxygenOS 11 based on Android 11 out of the box.

(The above story first appeared on LatestLY on Sep 21, 2020 07:24 PM IST. For more news and updates on politics, world, sports, entertainment and lifestyle, log on to our website latestly.com).