The Realme 8s 5G smartphone will be launched in India alongside the Realme 8i 5G and Realme Pad on September 9, 2021. Ahead of its launch, Realme India and Europe CEO Madhav Sheth revealed the smartphone giving out a few details. 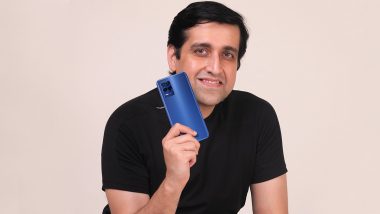 Realme is all set to launch Realme 8s 5G smartphone in India on September 9, 2021. Apart from Realme 8s 5G, the Chinese phone brand is expected to launch three more products at the launch event. It will include Realme 8i 5G, Realme Pad and Realme Bluetooth speaker. It's worth noting that the upcoming Realme Pad will be the brand's first tablet. Realme 9 Series Officially Confirmed By Top Executive; Official Announcement Likely on September 9: Report.

Ahead of its launch, Realme India and Europe CEO Madhav Sheth gave us the first glimpse of the Realme 8s 5G giving out a few details. As seen in the image, the smartphone is seen in a blue shade with a light streak that runs from the top to the bottom. We only get to see the rear profile of the phone.

The upcoming Realme 8s 5G will sport a triple camera module at the back. The phone boasts a similar design as that of Realme 8 5G. It will be the first smartphone to be powered by a MediaTek Dimensity 810 processor. 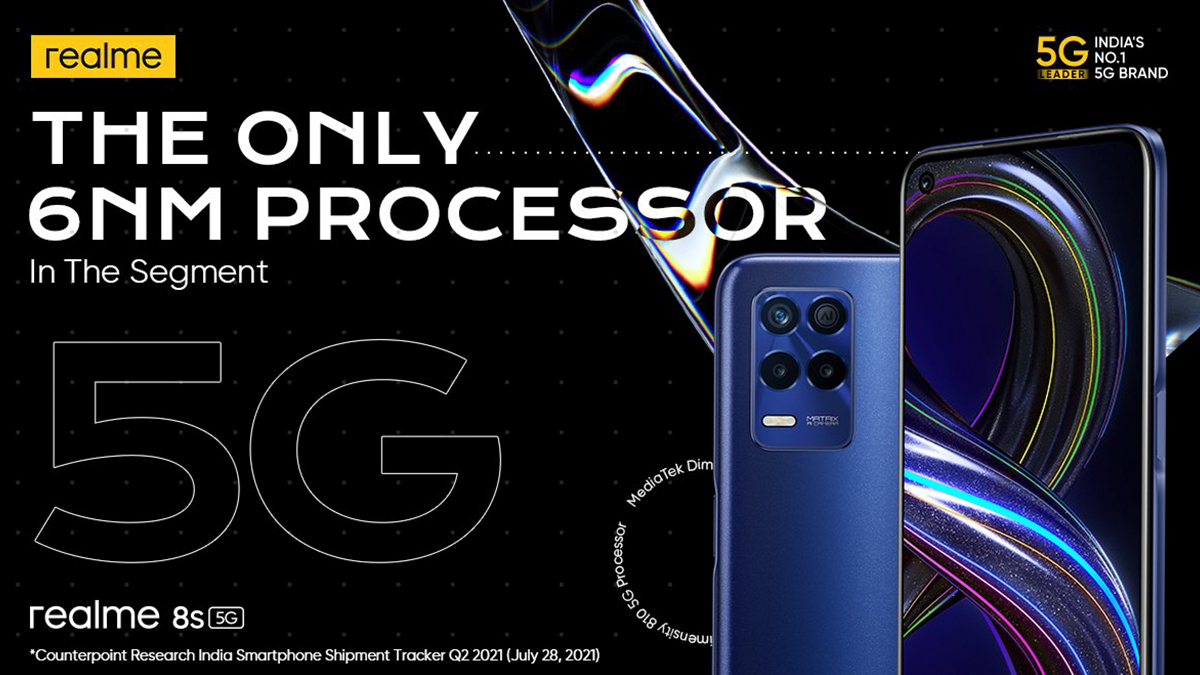 The images also reveal that the volume rockers will be positioned on the left side. We also get to see the power button on the side with indentation, suggesting it could get a side-mounted fingerprint scanner.

The 5G family just got bigger and better with the addition of the #realme8s5G. We have come a step closer to our vision of being the #LeaderOf5G and also making 5G technology accessible to all.

Apart from the chipset, other details of the smartphone are kept under wraps. However, we speculate that the handset might get a 6.5-inch screen with a 90Hz refresh rate. The SoC is likely to be paired with up to 8GB of RAM and up to 256GB of onboard storage. Expect more details of the phones surfacing on the web as we approach the launch event.

(The above story first appeared on LatestLY on Sep 05, 2021 12:14 AM IST. For more news and updates on politics, world, sports, entertainment and lifestyle, log on to our website latestly.com).