Realme, the Chinese smartphone maker is all set to host its Future at Full Speed event on May 31, 2021. During the virtual event, the company will launch its Realme X7 Max 5G smartphone. 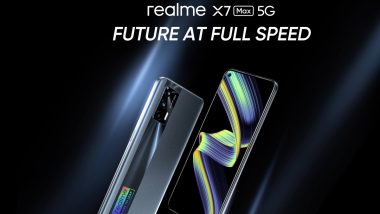 Realme, the Chinese smartphone maker is all set to host its Future at Full Speed event on May 31, 2021. During the virtual event, the company will launch its Realme X7 Max 5G smartphone. In addition to this, Realme will also the Realme Smart TV 4K Series. The launch event will commence at 12:30 pm IST via Realme India's official YouTube and other social media channels. Coming back to the phone, Realme has teased the device on its official India website with a 'Notify Me' button. The company has also been teasing the handset on its official Twitter account revealing several key specifications. Realme Smart TV 4K To Be Launched in India on May 31, 2021.

Realme X7 Max 5G will sport a Super AMOLED punch-hole display with an FHD+ resolution and a 120Hz refresh rate. The smartphone is expected to come with a similar design as that of Realme GT Neo which includes a dual-tone rear panel and a Dare To Leap branding on the bottom left corner. 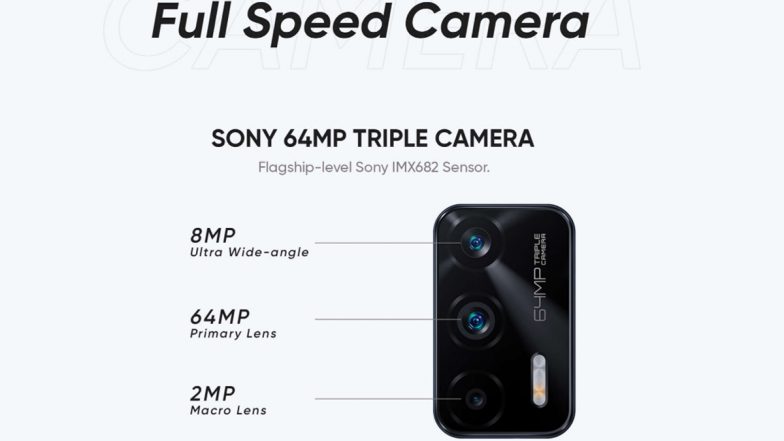 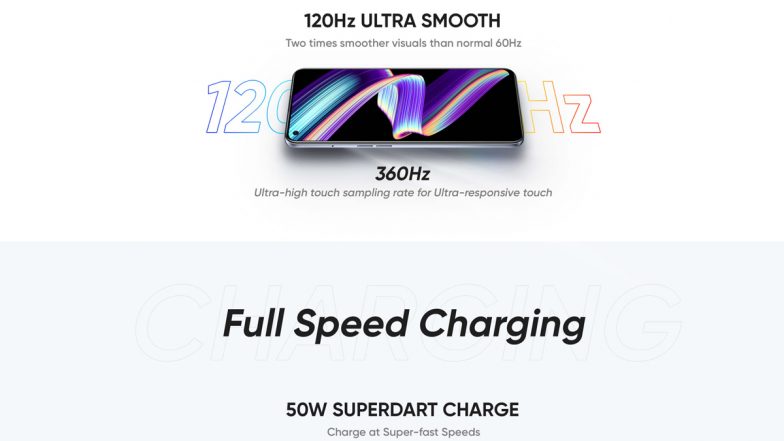 Launching at 12:30 PM, 31st May on our official channels.#FutureAtFullSpeedhttps://t.co/TEpS9jtUjZ pic.twitter.com/AALldDfFyf

The device is confirmed to be powered by MediaTek Dimensity 1200 SoC. For optics, the smartphone will get a triple rear camera module consisting of a 64MP main camera, an 8MP wide-angle lens and a 2MP macro shooter. The handset will come with a 50W SuperDart Charging facility. 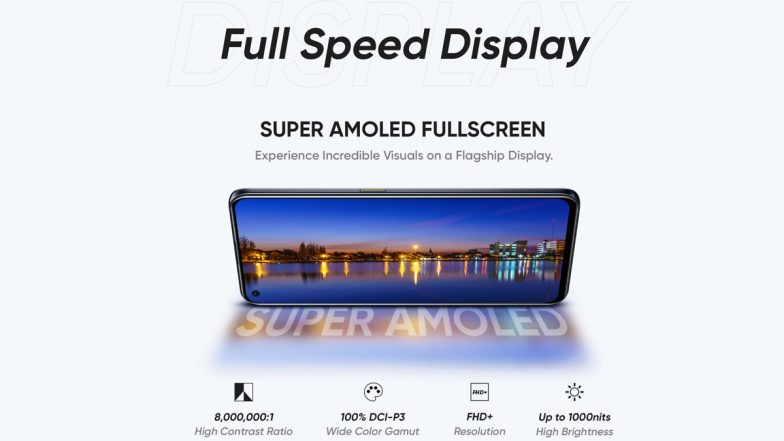 On the other hand, Realme Smart TV 4K Series will comprise two models - a 50-inch and a 43-inch 4K TVs. Both smart TVs will come with Dolby Vision, Dolby Atmos support, slim bezels and a premium design. Apart from this, nothing much is known about the Realme X7 Max 5G phone and Realme Smart TV 4K Series. We expect the company to release few more teasers before its official launch.

(The above story first appeared on LatestLY on May 24, 2021 03:33 PM IST. For more news and updates on politics, world, sports, entertainment and lifestyle, log on to our website latestly.com).