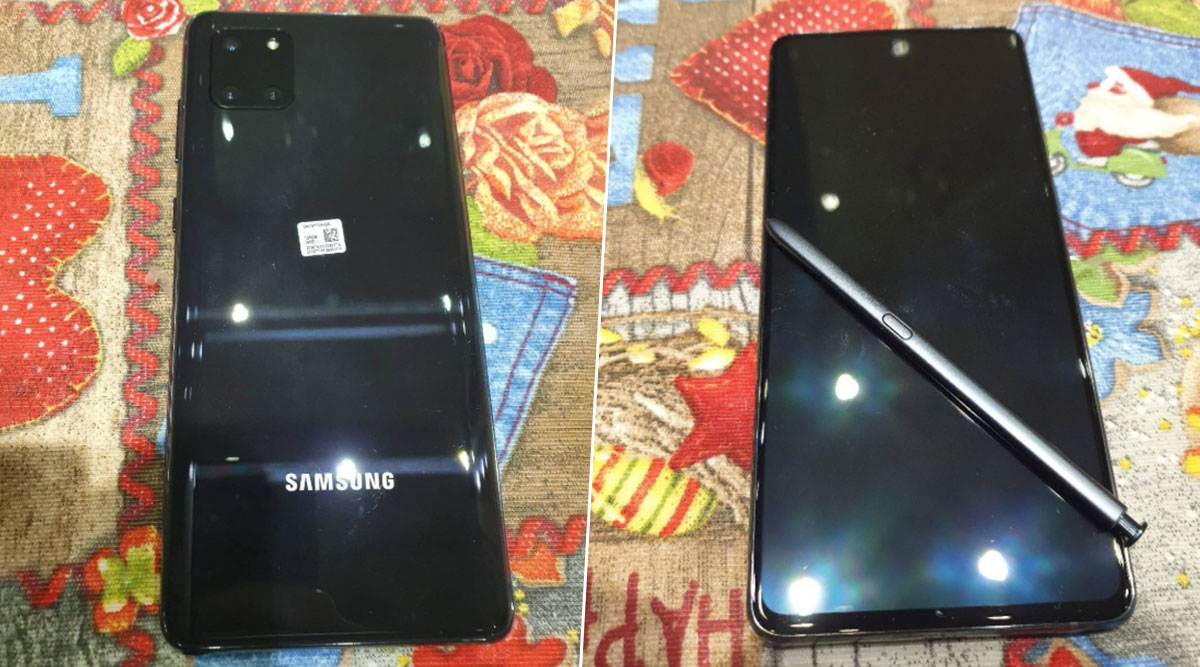 There are reports in the market claiming that Samsung might launch the new Galaxy S10 Lite at the upcoming CES 2020. A new report also hints the arrival of the much-awaited Galaxy Note 10 at this year's consumer electronics show. Ahead of its rumoured launch, a new set of images have surfaced on the internet revealing that Galaxy Note 10 will sport Hole-Punch Design display and triple rear cameras. Samsung to Unveil Frame-free TV at CES 2020.

Courtesy of TeckTalkTV, the live images of Galaxy Note 10 looks similar to what we have seen in the render images till date. The handset carries same design elements as that of renders featuring centrally-positioned hole-punch, and an S Pen stylus. Samsung Galaxy S11 Series Gets Bluetooth Certification; To Be Launched on February 11 Along With Galaxy Fold 2.

According to the live images, the upcoming Galaxy Note 10 Lite smartphone would carry a glass build with metallic frame across the edges. The handset will bear a squarish camera setup at the back with three lenses. There will be a single front camera positioned within the hole-punch display.

For photography, there will be triple cameras at the back comprising of a 12MP primary lens, a 12MP ultra-wide angle sensor and a 12MP telephoto sensor with 2X optical zoom. Upfront, there could be a 32MP snapper for video calls and selfies. Apart from these, Samsung will be employing a 4,500 mAh battery with 25W fast charging support.