Weibo and Baidu Banned, Taken Down Along With Other Blocked Chinese Apps From App Stores on Indian Govt's Request 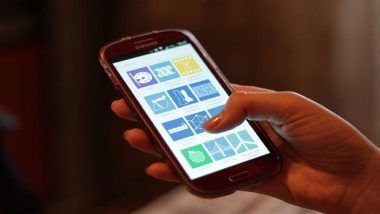 New Delhi, August 4: Weibo and Baidu, the Chinese alternative for Twitter and Google respectively, were taken down from the app stores based on India's request. Both the apps, which had considerable usage in India, were banned last month amid the ongoing hostilities with China at the Ladakh border.

The Ministry of Electronics and Information Technology had made a formal request to Google and Apple, asking the two tech giants to remove Weibo and Baidu from the list of apps available for download for users in India. Indian Government Bans 47 More Chinese Mobile Apps.

Adhering to the government's request, Weibo and Baidu were taken down from both - Google's Play Store and Apple's App Store. Those device holders who had earlier downloaded the two blocked apps were no longer able to use them as the Internet Service Providers (ISP) blocked their access.

Weibo and Baidu were included in the list of 47 applications that were banned by India in an order issued on July 27. Nearly a month earlier, on June 29, the Centre had banned a total of 59 other Chinese apps, including the highly popular video-sharing application TikTok.

The stern action was taken by India days after 20 soldiers were killed in a physical clash with China's People Liberation Army (PLA) personnel in Galwan Valley, located at the Ladakh border. The Indian government had also cited threat to privacy through the blacklisted apps as the reason behind terminating their operations in India.

(The above story first appeared on LatestLY on Aug 04, 2020 05:35 PM IST. For more news and updates on politics, world, sports, entertainment and lifestyle, log on to our website latestly.com).