7 Million? Donald Trump Now Expects '10 Million' to Turn Up For Him at Ahmedabad, Says PM Modi Told Him So 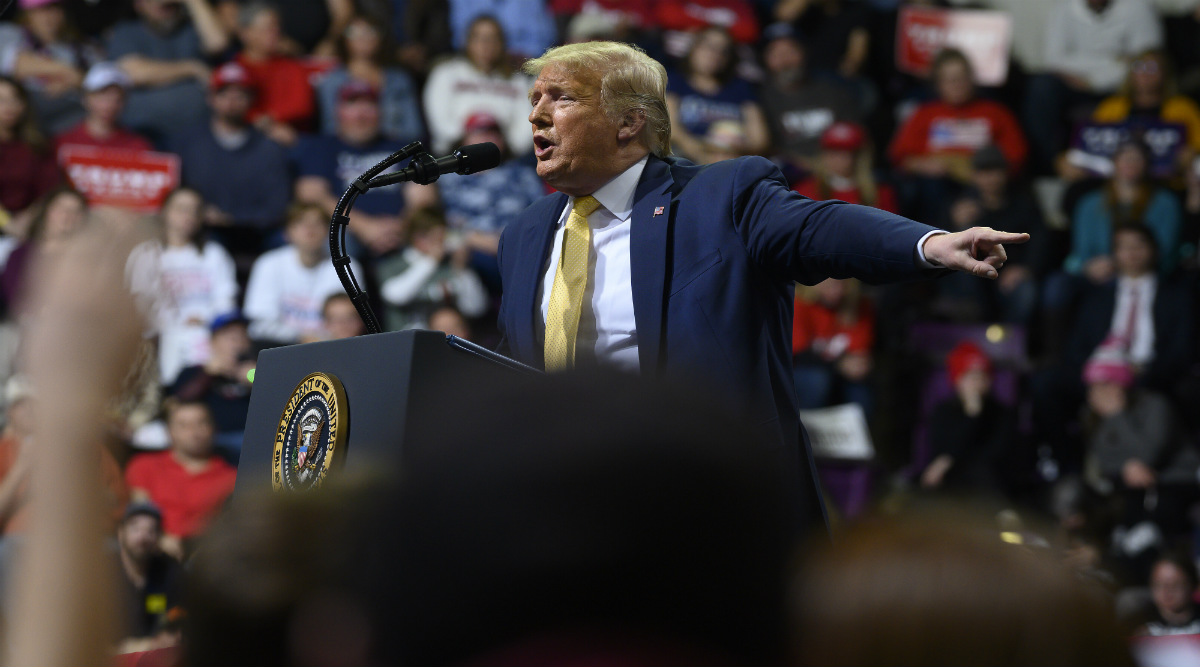 New Delhi, February 21: Amid row over the "7 million" expected turnout in Ahmedabad to see the visiting American head of state, US President Donald Trump made another startling claim. While addressing a re-election rally in Colorado Springs on Thursday, Trump said a crowd of "10 million" people would turnout on his arrival in India. 'India Hitting Us Hard With Tariffs...I Like PM Modi But We Got to Talk Business', Says Trump.

Trump attributed his claim to Prime Minister Narendra Modi, stating that he has been assured by the Indian PM of the unprecedented turnout. The two leaders would be holding a joint roadshow for a stretch of 22 kilometres enroute the Sardar Vallabhbhai Patel stadium in Ahmedabad, where the 'Namaste Trump' event is scheduled to be held.

The US President, along with First Lady Melania Trump, is scheduled to arrive in Ahmedabad on February 24. On the same evening, he is scheduled to attend a programme alongside PM Modi in Motera Stadium. Promoted as 'Namaste Trump', the event is styled on lines of the 'Howdy, Modi!' held in Houston in September last year.

This was the fourth reference made by Trump on the turnout he expects in Ahmedabad. Earlier, he had claimed that Modi has assured him of a 7 million turnout only to see him in the Gujarat city. "I am (going to India). He (PM Modi) said we will have millions and millions of people. He thinks we will have 7 million people just from the airport to the new stadium," he said.

According to the 2011 census, the total population of Ahmedabad is 55 lakhs (5.5 million), which may have incremented to 70-80 lakh in the last nine years. Even if the entire city turns out, the numbers would fall short of the turnout which the US President is expecting. Ahead of what may end up into an embarrassment, leaders of the ruling BJP in Gujarat said Modi had told Trump about lakhs, but the US President misinterpreted it as millions.