A 16-year-old teenager, who actively campaigns on climate and human rights issues, became the Prime Minister of Finland for a day, as part of the country's incumbent leader Sanna Marin's fight to end gender gap, the media report. 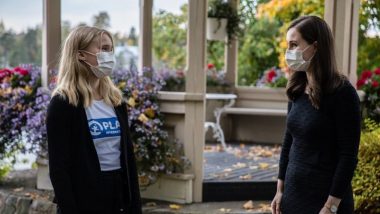 Helsinki, Oct 8: A 16-year-old teenager, who actively campaigns on climate and human rights issues, became the Prime Minister of Finland for a day, as part of the country's incumbent leader Sanna Marin's fight to end gender gap, the media report.

On Wednesday, Marin stepped aside letting Aava Murto to take her position for a day during which the latter met politicians and highlighted women's rights in technology, the BBC reported.

This is the fourth year of Finland's participation in humanitarian organisation Plan International's "Girls Takeover" initiative, which allows teenagers from countries from across the globe to step into the shoes of leaders and other sectors for a day.

This year's focus is on promoting digital skills and technological opportunities for girls, with Kenya, Peru, Sudan and Vietnam among the countries holding their own swaps.

In a speech, Murto said: "It is a pleasure to be speaking here before you today - although, in a way, I wish that I did not have to stand here, that campaigns like the Girls' Takeover were no longer necessary.

"However, the truth is that we have not yet achieved gender equality - not anywhere on earth. Although we have accomplished a great lot of good in this area, there is still much work that needs to be done."

Speaking ahead of the event, Marin, who became the world's youngest Prime Minister when she was sworn in last year at the age of 34, stressed the importance of ensuring technologies are made "accessible to everyone", reports the BBC.

"They must not deepen the digital divide between countries or within societies."

Marin is the Finland's third female premier and leads a centre-left coalition with four other parties - all headed by women, three of whom are under 35.

(The above story first appeared on LatestLY on Oct 08, 2020 03:43 PM IST. For more news and updates on politics, world, sports, entertainment and lifestyle, log on to our website latestly.com).