Australia on Monday sought an apology from China after a spokesperson of Beijing tweeted a picture purportedly showing an Australian soldier holding the knife to the throat of an Afghan child. 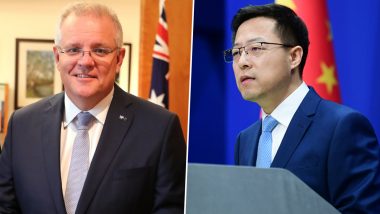 Canberra, November 30: Australia on Monday sought an apology from China after a spokesperson of Beijing tweeted a picture purportedly showing an Australian soldier holding the knife to the throat of an Afghan child. Sharing the image, Zhao Lijian, a spokesman at China's Ministry of Foreign Affairs, tweeted: "Shocked by murder of Afghan civilians & prisoners by Australian soldiers. We strongly condemn such acts, &call for holding them accountable (sic)." China-Australia Trade War: Anti-Dumping Measures Imposed on Australian Wine by Beijing.

The image had a message which reads: Don't be afraid, we are coming to bring you peace!" Reacting sharply to Zhao Lijian's tweet, Australia's Prime Minister Scott Morrison said China should be ashamed of the post. "It is utterly outrageous and cannot be justified on any basis... The Chinese government should be utterly ashamed of this post. It diminishes them in the world's eyes," Morrison was quoted by news agency Reuters as saying. China Expected to Sanction Australian Copper, Sugar as Ties Between Beijing, Canberra Continue to Sour. 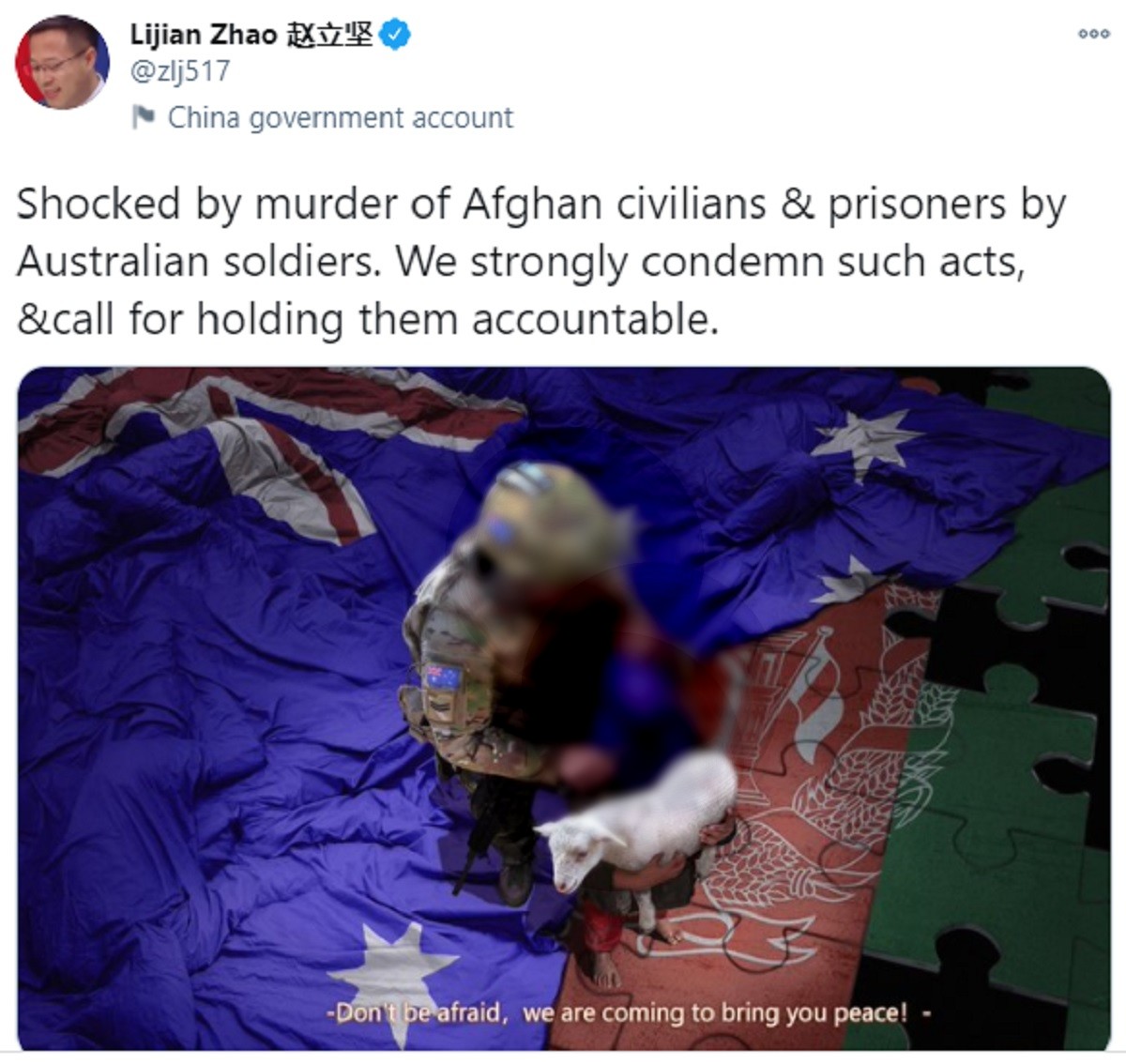 Zhao Lijian's tweet came a day after Morrison called for senior defence officers to be held accountable for war crimes allegedly committed by soldiers in Afghanistan. The Australian government on November 19 released the findings of a landmark four-year war crimes inquiry, which found "credible evidence" that Australian soldiers murdered 39 prisoners and civilians in Afghanistan between 2005 and 2016.

"In each case, it's important that not only is there accountability in the defence forces for individual alleged acts, but also in the chain of command about those who had responsibilities and accountabilities in that chain of command," Morrison said on Sunday. "That's what I expect to be done. That's what I've made very clear through the Defence Minister, who has made that point to both the Chief of the Defence Force as well as the oversight panel," the Prime Minister added.

Tensions are high between China and Australia after Canberra pushed for an international inquiry into the origins of the coronavirus in April without consulting Beijing. Since then, the two countries are locked in a trade war.

(The above story first appeared on LatestLY on Nov 30, 2020 11:03 AM IST. For more news and updates on politics, world, sports, entertainment and lifestyle, log on to our website latestly.com).